Donate
You are here: Home / News / LEASE / Bottomley asks housing minister: when was the purpose of LEASE last reviewed? 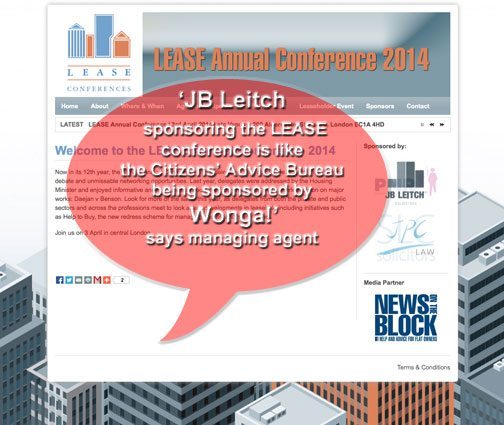 The Leasehold Advisory Service has come under parliamentary scrutiny with Sir Peter Bottomley asking the housing minister when the purpose of LEASE was last reviewed.

He has also asked that LEASE provide to him a public report on problems in the leasehold sector that are known to LEASE.

The controversial quango is up for review in December 2014, according to Kris Hopkins, the housing minister and Conservative MP for Keighley and Ilkley in Yorkshire – where 4,859 households live in leasehold properties (12.2 per cent of the electorate).

In fact, it does no such thing. Rather than examining the problems in leasehold – such as those that are reported in news articles on LKP – it eulogises its self-reported high levels of customer satisfaction and the efficiency of its management and leadership.

The report goes into no detail at all on any specific issue facing the sector.

The question was answered on Wednesday, the day after Sir Peter held a meeting on right to manage with representative leaseholder groups at Westminster.

LEASE was invited, but pointedly declined to attend, sending its reply that no one would be available to all the invitees.

Sir Peter conveyed his disappointment to the meeting. Last year, Sir Peter not only addressed the LEASE annual conference, but also visited the LEASE offices to meet its staff, whom he has praised.

This is the first time that he has questioned the purpose of LEASE, which is funded by taxpayers but has been encouraged to seek extra funding through commercial activities. In LKP’s view these have inevitably involved a corrosive relationship with the powerful vested interests in leasehold.

Meanwhile, the DCLG is considering a complaint about this year’s annual conference … from a senior managing agent.

Yet again it is being organised by the leasehold property managers’ trade journal News on the Block and sponsored by JB Leitch solicitors, JPC Law, SLC solicitors and Property Management Recruitment.

JB Leitch is a debt recovery outfit favoured by some of the more controversial freeholders.

“Having JB Leitch sponsor the LEASE conference is like the Citizens’ Advice Bureau being sponsored by Wonga!” said the managing agent.