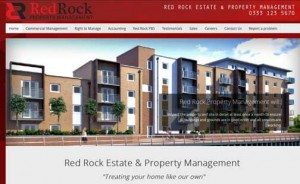 Owners of 156 leasehold flats at the Hawkins Road site in Colchester were spared £1,250 each thanks to Red Rock, an LKP-accredited managing agent.

Weston Homes built the high specification 12-block Hawkins Road site between five and seven years ago, but soon after the first leaseholders began to move in, reports of problems started.

The most serious of which was that the roof leaked causing flooding of some apartments, and mould and mildew and in many more. Some were rendered them uninhabitable.

Initially, the leaseholders felt compelled to remedy the defects via a build warranty insurance claim for each block.

But the insurance policy had a £1,250 excess per unit and, with not enough money held in reserve, this needed to be paid by every leaseholder before works could commence.

Increasingly, LKP is encountering major works problems for sites built at the height of the last property boom. Another LKP managing agent Rynew, in east London, is having to involve itself in £3 million works being made good by Taylor Wimpey.

Red Rock, headed by Adrian Calver, was appointed property manager by the residents in March this year.

The upshot is that Weston Homes have now listened to their customers and agreed to completely remedy the defects, working closely with Red Rock to ensure that expectations are met.

Leaseholders have been spared a bill for the excess of £187,200

Please contact Adrian Calver at Red Rock, should you have any questions in relation to this matter.
Tel: 0333 123 5670
Email: adrian@rrpm.co.uk

Florrie’s Law won’t help me with £43,000 demand from Haringey council
Next Post: OFT price-fixing cheat Glyn Jackson is back at Peverel sites