Richard John Clarke is a London based firm of chartered surveyors with offices in Mayfair and Woodford Green that specialises in lease extensions, rent reviews and compulsory purchases – for infrastructure projects or by local authorities.

These issues are addressed in articles on the firm’s website.

Lease extensions are discussed in the video below by chartered surveyor Richard Murphy:

Richard specialises in Leasehold Extensions and Compulsory Purchase. He has appeared before the First Tier Tribunal, Lands Tribunal and County Court as he is a firm believer in getting a fair deal for his clients.

Regarding compulsory purchase, many local authority and government agencies serve Compulsory Purchase Orders on property owners and tenants when they need to take land for public works such as Road and Rail Schemes and Regeneration Projects.

However, there is a Compensation Code that these Acquiring Authorities are obliged to use. The aim of which is pay enough compensation to put the property owner or tenant in the same financial position after the scheme as they were before, no better and no worse.

The best references Richard John Clarke chartered surveyors are probably those provided in the rulings of judges.

The case of Maria Da Silva v London Borough of Brent went to the Upper Tribunal on January 12 2015. Mrs Da Silva, who was Portuguese and did not speak English fluently, was represented by Mr Murphy.

The full case can be read here: compulsorypurchasecompensation

She was offered the following compensation:
£200,000 market value for the flat
Plus 15% home loss payment (the statutory figure was 10%)
Other payments for disturbance and fees
Total: £253,096.

But there was also the issue of various disturbance items and fees amounting to another £39,025.

The tribunal noted: “Mr Murphy said that he thought that his involvement would assist the council to deal with a difficult case but it had proved otherwise as the council put the claimant under such pressure to move that she became suicidal.

“It became very unpleasant because the council threatened imminent possession and the claimant did not know whether she was going to be thrown out onto the street.

“Mr Murphy had not focussed on the agreement with the council but had instead concentrated on resolving a very real human problem.

“In doing so, he acted reasonably.” 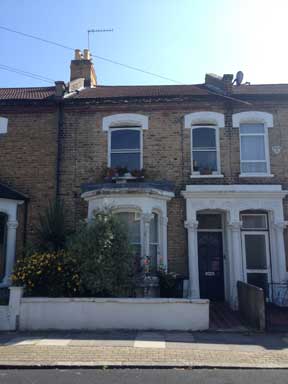 The two leaseholders at 33 Rattray Road, in London SW2 (above), obtained their freehold in the First Tier Tribunal in August 2014 after being represented by Richard John Clarke surveyors.

They paid £42,400 on the basis of the RICS relativity graphs, saving thousands on the amount claimed by the freeholder.

The full case is here: rattrayroadenfranchisement

The full case is here: cumberlandenfranchisement

Here are examples of the Richard John Clarke surveyors successfully representing two leaseholders, who paid less for their lease extensions than the freeholder was demanding. 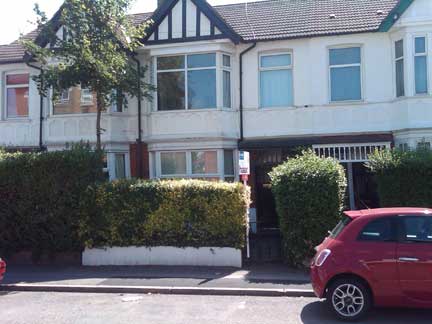 At Maybank Road (above) in South Woodford, London E18, a lease had only 71.2 years to run.

The full case is here: maybankleaseextension 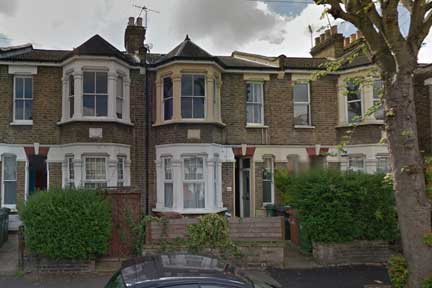 The tribunal noted: “The tribunal prefers the approach of Mr Murphy. He had taken account of all the evidence available and appeared to give equal weight thereto by averaging.”

The full ruling is here: twickenhamroadleaseextension