Donate
You are here: Home / Latest News / Three MPs are patrons as LKP applies to register as formal charity 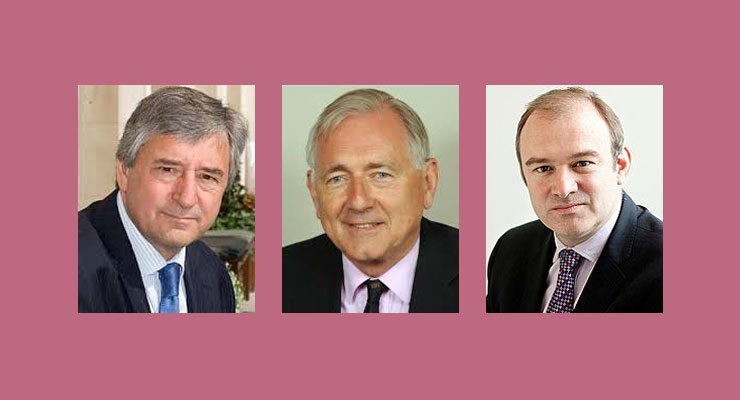 Sir Peter Bottomley, the Rt Hon Ed Davey and Jim Fitzpatrick have agreed to be patrons of the Leasehold Knowledge Partnership, which are now formally a charity and is in the process of obtaining recognition by the Charity Commission.

The involvement of the three MPs – one in the Cabinet and two ex-ministers – representing different political parties is a significant demonstration of commitment to reform residential leasehold tenure in England and Wales.

The aim of LKP is to help and inform leaseholders who get caught up in the purposefully obfuscated complexities of this flawed form of residential property tenure. It also seeks to obtain legislative and regulatory changes that will make life easier for these homeowners, who in law are merely tenants.

The achievement of charity status is the culmination of nearly six years of activity by the Campaign Against Retirement Leasehold Exploitation.

The Leasehold Knowledge Partnership, envisaged initially as an accreditation scheme for managing agents who share our values of fairness, has been in existence since January 2012.

The directors of the charity who are responsible for its day-to-day activities are: Sebastian O’Kelly and Martin Boyd.

The three MPs have all been involved in high-level leasehold disputes and are frequently referred to on the LKP website: www.leaseholdknowledge.com

Ed Davey, the LibDem MP for Kingston and Surbiton, hosted the Campaign against Residential Leasehold Exploitation mass meeting with MPs at Westminster in November 2009. He had already had some dealings with Peverel at a retirement site in his Surrey constituency and had raised the Peverel / Cirrus price-fixing scandal with authorities before Peverel “turned itself in” and therefore won leniency in December 2009.

Mr Davey has also been a supportive figure for residents at Charter Quay in Kingston to battle free from Peverel and the site’s head lease owner Vincent Tchenguiz.

More than £500,000 in overcharging has been won back by the residents and in the summer last year they bought the freehold. Mr Davey was present at the mass celebration and poured out glasses from a Nebuchadnezzar of champagne.

Sir Peter Bottomley, the long standing Conservative MP for Worthing West, became involved with LKP as elderly residents at Oakland Court, in his constituency, fought to reclaim £67,000 in overpaid charges.

These were for the notional rent on the house manager’s flat. Sir Peter obtained a pro bono – legalese for free – barrister for the pensioners, who went on to win the case.

The system-playing of the freeholders’ lawyers – including multiple attempts to delay the hearing – prompted Sir Peter to criticise their conduct in the Commons as “legal torture”.

He has since waded into numerous leasehold disputes, and it was thanks to Sir Peter that LKP managed to overturn the forfeiture of Dennis Jackson’s £800,000 flat at Plantation Wharf in Battersea. More here

Jim Fitzpatrick, a former Labour DCLG minister, has some of the richest and poorest leaseholders in the country in his Poplar and Limehouse constituency, in east London.

Mr Fitzpatrick has been a supportive figure in the disputes at the upmarket West India Quay, in Canary Wharf, and named a string of leasehold freeholders and managing agents in a debate in December 2013.

With a long standing interest in leasehold issues, Mr Fitzpatrick has raised the subject frequently in Parliament. He has also backed a number of LKP briefing meetings at Westminster and urged his party to take up the issue of leasehold reform.

The three directors of LKP are Sebastian O’Kelly, Martin Boyd and Melissa Briggs.

A core function of LKP is to maintain an authoritative editorial presence in the leasehold sector, which is the primary role of Sebastian O’Kelly, who was the property editor of the Mail on Sunday for 10 years.

All issues concerning leasehold need to be reported and brought to public attention – particularly to the attention of policy makers, civil servants and members of the property tribunals.

In a sector that trumpets transparency but practises the opposite, the taking up and publicising of individual cases can often lead to their resolution – and help others in the same position.

The ever-accumulating evidence of abusive practices will, eventually, lead to their elimination.

The editorial activities of LKP have resulted in two national press awards.

Martin Boyd is a leaseholder who was indignant about the management practices at Charter Quay. He set about making a forensic examination of how high-end residential leasehold works to the detriment of homeowners who do the paying.

Immersing himself in landlord and tenant law, he has appeared in the property tribunal on numerous occasions.

He was also responsible for analysing the number of private leasehold properties in England and Wales, which has seen the DCLG statisticians revise their total from 2.5 million to 4.1 million. This revision will have considerable influence on leasehold policy.

The third director of LKP is Melissa Briggs.

LKP is now a registered charity

MPs back Leasehold Knowledge Partnership call to reform residents’ associations – drawn up by the man who won back £500,000 off Tchenguiz / Peverel

Shouldn’t the IRPM have slightly more respect for leaseholders than this?
Next Post: Should the RTMF be taking the Elim Court battle for right to manage to the Court of Appeal?