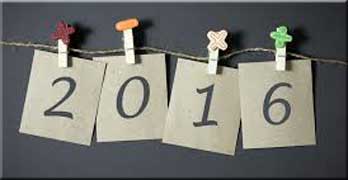 It has turned out to be one of the most important years for leaseholders, managing agents and landlords. At the end of 2016 we finally reached the point where Ministers moved on from the spurious claims about not wanting to change the law because of a need to ensure “balance”, not wanting to impose “burdens” on landlords and agents (these are of course the ones they charge to the leaseholders anyway). Most importantly they have stopped claiming that “things were mostly working well”.

Here are just a few of the main stories from the LKP site in 2016.

January
At the start of the year things looked bleak. Sir Peter Bottomley MP criticised the lack of leasehold support in the Housing and Planning bill when he spoke in the Commons:

“The Bill totally misses out the necessary changes to leasehold and commonhold. Some years ago, the House passed a Bill to allow commonhold to come in. It has defects and we are going to be lumbered with more and more leaseholds being created—for over half of new homes.

The second thing I object to is that we have not taken the easy opportunity of cutting out the forfeiture of people’s homes when there has been a little dispute over some charges. I hope that later on, perhaps in another place”
https://www.leaseholdknowledge.com/housing-bill-omits-necessary-changes-to-leasehold-and-commonhold

LKP was deluged with complaints by leaseholders about major works in local authority sites
https://www.leaseholdknowledge.com/local-authority-leasehold

February
Oxford council demand £50,000 for major works from some of its leaseholders
https://www.leaseholdknowledge.com/category/latest-news/page/7

DCLG and LEASE come forward with a mad idea for LEASE to sell more services to landlords and managing agents as a way to generate income.
https://www.leaseholdknowledge.com/lease-annual-conference-2016

20 MPs and Lords agree to start the All Party Parliamentary Group to look at leasehold and commmonhold issues
https://www.leaseholdknowledge.com/appg-leasehold

April
LKP challenged the Chair of LEASE about the failings in his management at 8 Taylor Wimpey sites.
https://www.leaseholdknowledge.com/roger-southam-taylor-wimpey

(It would take LKP, the leaseholders, Taylor Wimpey, their solicitors and two MPs six month to unravel and repair these problems. Somehow, DCLG concluded it was “pleased” with Mr Southam’s lack of cooperation in fixing this mess which ended with Taylor Wimpey taking back control of all of their sites from Mr Southam.)

LKP organises a Parliamentary round table meeting on retirement issues where retirement home builder Bob Bessell announces that he is handing over his freeholds, worth £7 million, in trust to his pensioner leaseholders.
https://www.leaseholdknowledge.com/retirement-housebuilder-hands-7m-freeholds-leaseholders

May
DCLG officials told the incentive to remain an honest managing agent gets less with each passing year.
https://www.leaseholdknowledge.com/dclg-leasehold

The cost of ground rents under the lease extensions provided by Martin Paine and his companies raised in the House of Commons.
https://www.leaseholdknowledge.com/martin-paine-embedded-management-companies-lkp-raised-queens-speech-debate

The Upper Tribunal ruling on the Mundy case that challenges the whole basis of lease extension valuations is published. Although the freeholders’ model is discredited, James Wyatt’s Parthenia model is rejected. Savills produces another flawed lease extension model which has now significantly raised the cost of extending leases. So the position is far worse for leaseholders than it was. The Mundy case goes to the Court of Appeal in June 2017.

LKP reviews the decision in the Upper Tribunal which will impact the cost of future lease extensions massively in the landlords favour.
https://www.leaseholdknowledge.com/parthenia

July
LKP is accepted as an accelerated start-up to the Open Data Institute, the organisations founded by Sir Tim Berners-Lee (the inventor of the internet) to make public data more accessible and socially useful.

LKP organises a round table meeting in parliament looking at commonhold issues
https://www.leaseholdknowledge.com/commonhold-leasehold-still-needs-managing

Law Commission starts its work on the 13th programme of law review and starts to look at leasehold issues.
https://www.leaseholdknowledge.com/law-commission-want-hear-problems-leasehold-law

Tower Hamlets Homes reported as spending thousands to try and thwart the residents from forming a tenants association
https://www.leaseholdknowledge.com/tower-hamlets-homes

Private Eye reports on the ridiculous cost of lease extensions and the actions of a number of major landlords
https://www.leaseholdknowledge.com/private-eye-reports-challenge-scandal-lease-extension-values

October
The landlord’s management at Canary Riverside is removed by the property tribunal after a series of failures.
https://www.leaseholdknowledge.com/john-christodoulou-minions-get-boot-canary-riverside

The farce of RICS second failed disciplinary hearing against Benjamin Mire and his company is reported after RICS forgot to advise Sir Peter Bottomley due to an “administrative” error.
https://www.leaseholdknowledge.com/case-benjamin-mire-collapses-rics-professional-regulation-descends-shambles

November
LKP provides its analysis of the surge in the sale of leasehold houses.
https://www.leaseholdknowledge.com/surge-new-build-leasehold-houses-1-9-billion-sold-last-year

LKP continues to work with MPs Sir Peter Bottomley and Jim Fitzpatrick and the developers on the ground rent problem. Taylor Wimpey are the first to offer to review their policy.
https://www.leaseholdknowledge.com/taylor-wimpey-ceo-says-doubling-ground-rent-scandal-review-bottomley-asks-innocent-homebuyers-shafted

As the end of the year draws near, the pace continues to increase. On November 30, DCLG and the APPG co-chairs agree to meet with the developers and the sector. The national press and the BBC are now in full flow looking at why the scandals of ground rents and leasehold houses have gone unnoticed for so long. Articles have now appeared in all the broadsheets and more are on the way.

December
As the ground rent issue rages, the APPG meets to consider the matter on the December 14.

Just before it takes place, Taylor Wimpey announces that it will no longer be selling leasehold houses on new developments starting in 2017.
https://www.leaseholdknowledge.com/commons-debate-leasehold-reform-next-tuesday-bottomley-intends-name-leasehold-game-players

The year comes to a climax with the first debate on leasehold issues in the Commons for over a decade. Many of the issues LKP has been arguing about for years were raised some of what we have argued for over the years may even turn into a government policy.

The sector ends the year with both the Secretary of State and a Housing Minister saying they are not happy with the way the leasehold market is working and that things will need to change.
https://www.leaseholdknowledge.com/commons-leasehold-debate-december-20

It has been a long and often lonely journey for LKP over the last six years. Even now we are still excluded from speaking at certain events, but it looks as if 2016 will at last go down as the year when everyone finally accepted the system is not quite as balanced as the sector and various agencies had claimed over many years.

Leasehold is finally seen as much more important part of our housing stock than anyone had assumed in the past. The CMA were persuaded leaseholder education was one of the main things that needed to change but the problems go much much deeper. As MP Oliver Colvile said in the Commons debate.

[su_frame]LKP would like to thank all those readers, companies and organisations and MPs who have supported the work we do and hope you will continue to do so in 2017 and wish you a Happy New Year. To all those who have opposed what we do in the past we assume most of you will probably do the same in 2017.[/su_frame]