OFT: Fancy logo and generous budget,
but what does it actually do?

The Hanover Housing Association, which manages 19,000 retirement properties, has issued a devastating criticism of the Office of Fair Trading for its bungling investigation into exit fees.

The transfer fees that leaseholders pay when retirement properties are bought and sold has been under OFT scrutiny since 2009. It is still unresolved whether the charges comply with the consumer protection regulations, or not.

“We wanted this tested in court, but the OFT didn’t want to do this,” said Hanover’s chief executive Bruce Moore.

“This leaves an important area of the investigation unresolved.”

The OFT’s stance is in direct contrast with the advice from the Campaign against Residential Leasehold Exploitation received last February when Jason Freeman, the OFT’s “project director”, said that their investigation did not constrain individual pensioners taking a class action and in some ways it would be easier for them to go to court than the OFT.

Why the OFT thinks that a collection of cash-strapped pensioners are better equipped to fight transfer fees than the consumer protection branch of the British state filled with well-remunerated officials is a mystery.

It would appear the OFT is just about competent enough to get a conviction against a dodgy builder or a spotty teenager who has ripped of a bit of music, but not for much more. 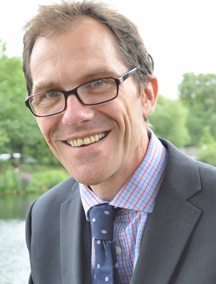 It was reluctantly persuaded to launch a formal investigation into retirement leaseholders exploitation back in 2009, following years of complaints by individual pensioners to a number of MPs.

The OFT decided to concentrate on exit fees, which range from one per cent  of the property value to over 12.5 per cent.

When the OFT started its investigation it announced it was looking at just 26 companies. Nearly three years later the OFT seems to have made no progress. It has also resisted repeated demands to widen the investigation.

In January 2010 the OFT set out two options for the review.

Option 1: it would find no Unfair Terms in Consumer Contracts Regulations, in which case the investigation would come to an end.

Option 2: it would find there were Unfair Terms in Consumer Contracts Regulations and seek to take action and potentially impose an enforcement order, or take court action.

As the investigation is ongoing, we must assume that the OFT is looking at option 2, and the fact there are unfair terms in the exit fees.

So what has the OFT actually done?

In February 2012 the OFT wrote to LKP and explained the difficulties it faced in taking potential court action against these powerful landlords and warned that it faced the “prospect of appeals, not only to the Court of Appeal and Supreme Court, but also to the European Court of Justice on points of European law”.

A fair summary of the OFT’s position is that one or more of the retirement landlords under investigation seems to have “warned” the OFT that it would face a strong fight if it dared take the matter to court.

As a result, the OFT appears to have decided to abdicate its responsibility and instead “negotiate” with the retirement landlords. Someone should tell the OFT that by admitting that you are not going to court the options for “negotiation” are very limited.

The OFT confirms that “an announcement made on 10 April 2012, through the Irish Stock Exchange, by Fairhold Securitisation Limited [owned by the Tchenguiz Family Trust]. The announcement refers to the discussions between Fairhold companies and the OFT with respect to the OFT investigation into the charging of transfer fees in the retirement housing sector”.

So we know at least one of the companies is under review.

Hanover was also under investigation and the OFT was satisfied with its practices, policies and procedures.

But Hanover is also not happy with the OFT, particularly the limits of the inquiry.

“What concerns us is that the OFT has not focused on many of the “hidden” charges which some managers earn,” says Moore.

“Managers can keep large sums in commissions when, for example, they insure properties as the freeholder, an extra cost that has to be met by the leaseholder.

“While Hanover doesn’t do this, we think it is important for leaseholders to know about all the commissions the manager may earn as well as the fees charged”.

More worryingly, Hanover advised: “But where exit fees are clearly expressed as a stand alone charge Hanover is concerned that despite a protracted investigation by the OFT they have still not resolved whether these charges comply with the consumer protection regulations.”

The OFT claimed it needed to limit its investigation to exit fees to enable it to expedite its enquiries quickly. This has obviously failed. Three years is a very long time to many pensioners, and for some any decision by the OFT will be too late.

Mr More added “We wanted this tested in court”, he said, “but the OFT didn’t want to do this. This leaves an important area of the investigation unresolved”.

LKP contacted the OFT for comment, but none has been received.

OFT to make ‘substantive announcement’ on exit fees in August

Exit fees: Not fair and I’m not paying