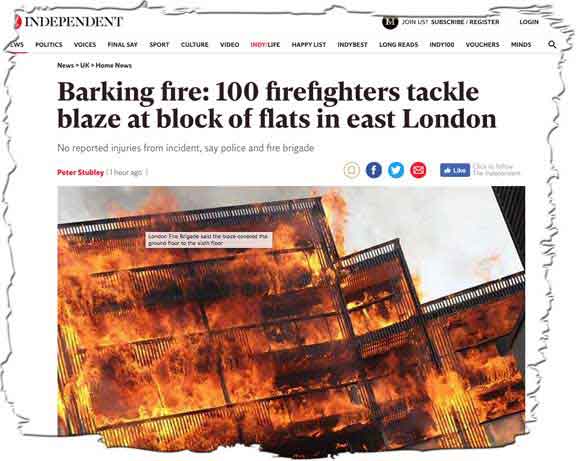 Bellway is to pay up to refurbish Samuel Garside House, the site at Barking Riverside, east London, that had wooden balconies which went up in flames in the summer.

This is the first time a developer has stepped in to make safe a low rise building of less than 18 metres – all the post-Grenfell cladding measures apply to buildings that are higher.

Chair of the residents Pete Mason said: “This victory today is the concluding part of a battle that was won by seizing the time right away,  and then never letting them think for one minute of forgetting those promises.”

Sheppard Robson/Bellway Councillors have unanimously approved plans to take the wood off Samuel Garside House in an effort to get the building back to normality before the first anniversary of the fire. Another CGI view of Samuel Garside House after replacement work. The developer Bellway now has one year to complete the work.

This site uses Akismet to reduce spam. Learn how your comment data is processed.