Donate
You are here: Home / News / John Healey says it’s ‘wrong’ for leaseholders to have to pay to remove Grenfell cladding 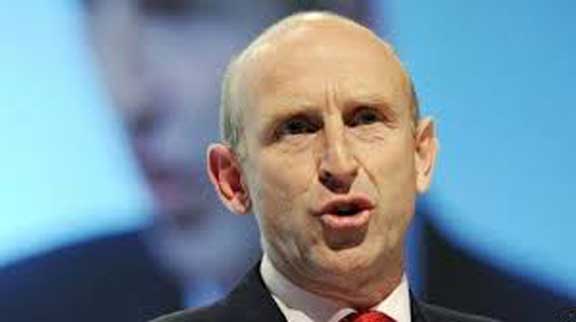 Labour shadow secretary for housing John Healey says it is ‘wrong’ that ordinary leaseholders are being dumped with huge bills to remove Grenfell Tower cladding from private blocks of flats.

In a letter to Communities Secretary Sajid Javid (below) he writes:

Mr Healy criticises Mr Javid for not identifying all the private blocks of flats that have “dangerous aluminium composite material”.

LKP is unaware of any private site where Grenfell cladding has been removed.

“In MP correspondence you have said ‘I urge those in the private sector with responsibility for resident safety to follow the lead from the social sector and private companies already doing the right thing, and not attempt to pass costs on to leaseholders.’

“Given this is statement of government policy, what are you doing to enforce it? How many of those concerned [freeholders] have heeded your statement, and how many have not?

“What are you doing to stop block owners or managers pre-emptively going to the tribunal to force leaseholders to pay?

“There is much more that the government could be doing to ensure that work is done and costs are shared fairly.

“Where those with a responsibility for building safety in private blocks are not able to afford the cost of urgent work up-front, will you consider providing government loans to be paid to get this work done?”

Of course, government loans to remove the cladding does not escape from the fact that ordinary leaseholders face huge bills to remove cladding put up by long-gone developers that was approved by by safety regulations at the time and is now deemed unsafe.

Some leaseholders at Citiscape in Croydon only bought their flats earlier last year, yet face bills of £20,000.

Their freeholder (Proxima GR Limited) is ultimately the Tchenguiz Family Trust based in the British Virgin Islands.

At Heysmoor Heights in Liverpool, where leaseholders face bills of £18,000 the freeholder is Abacus Land 4 Limited, a Guernsey company administered by Will Astor’s £1.7 billion Long Harbour fund.

“Mr Astor has no beneficial interest in Abacus Land 4 Ltd as these are companies wholly owned by UK pension and life funds.”