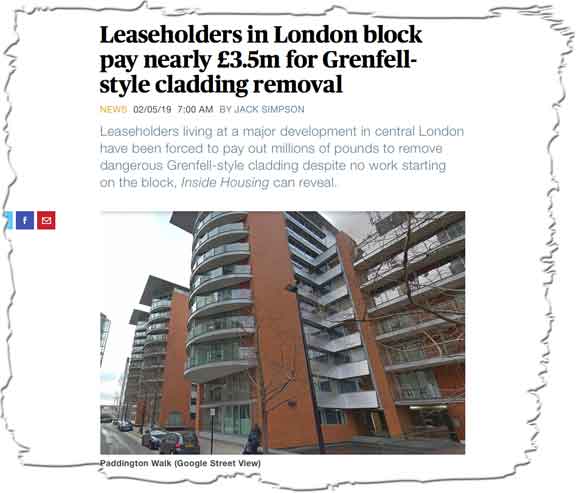 Leaseholders at Paddington Walk have paid out £3.5 million to remove Grenfell cladding from the site, even though ministers have said leaseholders should not pay.

An additional bill of £5.4 million is on the way, according to Inside Housing.

The site was built in 2005 by European Land and Property, a joint venture development company owned by the billionaire Reuben Brothers and fellow developer the Jarvis family.

Unlike other sites, there does not appear to have been any success in getting the developers or the warranty providers to pay out.

For nearly two years, Government ministers have have been saying that freehold owners should “do the decent thing” and absorb the costs – which shows a fundamental misunderstanding of what a freeholder is.

No freeholder – as opposed to a developer who happens to still own the freehold – has contributed any money to resolve the Grenfell cladding scandal.

Freeholders own the income streams of buildings and are legally responsible for it.

They like to pose as the professional, responsible long-term custodians of a building, but they pay out for nothing.

The Grenfell cladding scandal highlights how pointless they are in the harmonious governance of communal residential properties (ie flats).

Often, as at Highpoint in Bromley in south east London, the income is minor compared with the bill to remove cladding.

Furthermore, the property tribunal has yet to rule that a freeholder is liable for Grenfell cladding removal costs.

Paddington Walk Limited and Paddington Walk Management Limited are the key entities at the site, the latter apparently a company limited by guarantee (which means the intention may have been for leaseholders to control it).

Bruce Jarvis, co-owner of European Land and Property, is a director of both.

Here is Tory MP Kevin Hollinrake, a member of the Communities Select Committee, arguing that central government funds are needed to resolve the Grenfell cladding scandal. 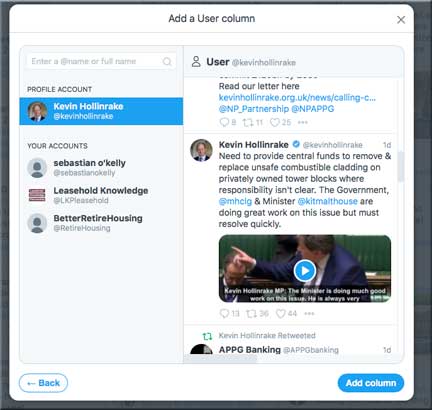 Leasehold debate on BBCR2 Jeremy Vine Show
Next Post: Steve Norris, of Soho Estates, has skin in the game when he opposes commonhold