Donate
You are here: Home / Latest News / Steve Norris, of Soho Estates, has skin in the game when he opposes commonhold 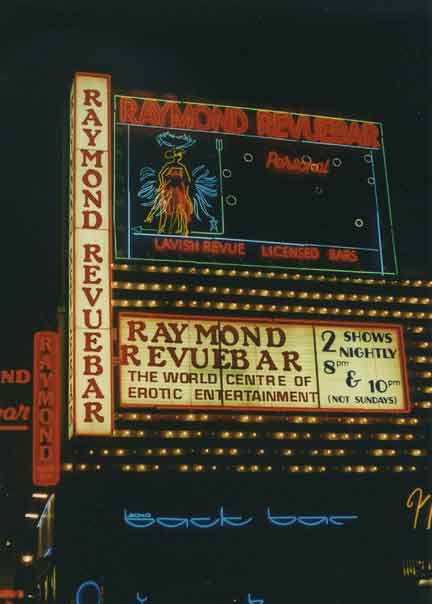 Former Tory minister Steve Norris has attacked the Communities Select Committee for calling for the adoption of commonhold tenure.

Less obvious is that the former Tory minister – who was replaced as the party’s mayoral candidate by Boris Johnson – is a property sector insider who chairs Soho Estates.

Steve Norris: Commonhold? Here’s a better idea – and one that doesn’t force management on occupiers

The Housing, Communities and Local Government Select Committee recently published its conclusions on the issue of leasehold reform. They rightly recommended that the Government stop the really nasty practice by some home builders of charging ground rents which appear innocuous to inexperienced buyers, but which double over ten or 15 years, this causing real distress to their owners.

Soho Estates has hugely enriched itself as the once sleazy and bohemian area becomes increasingly corporate and dull.

Steve Norris talked down commonhold on the Conservative Home website:

“What happens in practice is that the commonholders invariably do go to a professionally-qualified managing agent to take on all these responsibilities – and thus are to all intents and purposes in exactly the same position as leaseholders. The managing agent has no interest in how the tenants afford their bills. The tenants have little exposure to how the agent determines who gets the work and at what price. In the worst cases, this itself is a practice prone to abuse.

“The fact is that the answer is neither leasehold or commonhold (which is, incidentally, available now but seldom used because, one can only assume, ordinary occupiers see the risks that elude the great minds of the Law Commission and the Select Committee).

“Instead, it is quite simple – namely, to ensure that occupiers get appropriate, decent service from suitably qualified professionals who will be in a contractual relationship that will ensure they deliver best value for money.”

The article prompted a number of negative and no positive comments.

One asked whether the article was written by “Tchenguiz’s PR man”.

Actually, keeping a long-term hold on residential property is of some significance to Soho Estates. Extremely expensive central London flats have been built in Soho and Fitzrovia.

Martin Boyd, LKP chair, was not impressed. He commented on the Conservative Home website:

Quite one of the least informed articles I’ve read in a long time.

Steve Norris fails to mention the Conservatives almost got a commonhold bill through parliament in the 1990’s when they had understood it to be a much better form of tenure. At the time, the bill never reached final reading to to a few issues with Europe and an election.

What is reproduced in this article is little more than the freehold investors’ argument for making a lot of money out of other people’s homes.

Many of these supposed ‘long-term custodians’ happen to be companies formed in the last 20 years which happen to operate from offshore territories.

The argument about people not wanting to get involved in their building and just wanting to come home to a nice quiet life sounds idilic but the real world is not like that. Quite often exactly the opposite happens in the leasehold world when the landlord overcharges or fails to look after the building as almost everyone living in a cladding block is finding out at the moment.

Commonhold was a better system in the 1990s and it is now which is why almost the whole of the rest of the world uses it. For most people in most commonhold sites they have little involvement most of the time. Steve Norris’s proposition sets up an entirely false dichotomy.

For most sites, there is less to do in being in charge of the building than there is in running a residents association. You employ professional managing agents to do that for you in almost all buildings of any size.

Regulation of agents is long overdue it is a pity Grant Shapps and different Housing Ministers since have taken a long time to be persuaded.

HOW many lives does Steve Norris have? Most politicians would have been laid low by the revelation that they had had five mistresses; others would have been destroyed if – as a chauffeur-driven transport minister – they dismissed tube travellers as horrible, smelly people.

Steve is now both a board member of a number of companies and a strategic advisor to several others in the fields of transport, infrastructure and property.

Paddington Walk leaseholders have paid £3.5m to remove Grenfell cladding, with more to come …
Next Post: Leaseholder and judge Suki Johal wins war over her patio that has cost £250,000