The amount of money recovered by the Charter Quay residents has this week passed more than half a million pounds in cash.

The bulk of this came from actions against companies owned by the Tchenguiz Family Trust.

In the latest (and last) case more than £90,000 has been recovered from the landlord with the help of the court-appointed managing agent HML Andertons.

The action, which has taken nearly a year, was to recover “rent for common areas”. In each of the years 2005 to 2009 the landlord had charged residents for “renting” the reception area, gym and the management suite, although there is nothing the leases allowing them to do this. 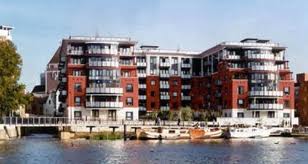 The residents claim that the managing director for the landlord’s managing agent, Michael Gaston, of Estate and Management Ltd, also owned by the Tchenguiz Family Trust, admitted as long ago as November 2010 that it had no right to collect this money.

Estates and Management Ltd have settled just before HML Andertons submitted an application for summary judgment. The landlord has also accepted he has no right to collect these “rents” in future, which will now save each flat a further £70 every year.

The residents have fought four actions against the landlords in a protracted four-year-fight.

The first action in 2008/9 was to remove the Tchenguiz-owned managing agent as a result of their failings, and the subsequent cases involved the recovery of excessive service charges, which had previously been charged by the landlord’s managing agent.

Since the court appointed HML Andertons to take over the site in 2009, the service charges have decreased by 25-30 per cent. At the same time the standard of service has increased, the residents’ association claims.

News of the successful LVT actions appears to have made Charter Quay an even more attractive place to live, according to local estate agents.

For the first time ever, no flats were available to rent at Charter Quay a few months ago and at one stage just one flat was for sale. Not bad for a site with 244 properties.

In an LVT ruling in November last year, the Tchenguiz group was criticised for the “quasi biblical” complexity of its company structures.

their companies had entered into onerous and unfair contracts with other companies in the same group;

that they did not test the market;

and that they took unreasonable insurance commissions.

What part of ‘Go away!’ don’t you understand, Vincent?

What if Berkeley had built Charter Quay as commonhold? Site visit by officials and Law Commission