Did residents really vote to be managed by Peverel?

This astonishing item of news emerged from a recent meeting with the Berkeley Group, where it was suggested that residents at Chelsea Bridge Wharf actually voted to be managed by Peverel.

Improbable though it may be, the event did, in fact, occur at Chelsea Bridge Wharf, in Battersea, two months ago. But the circumstances are not quite a ringing endorsement for the troubled managing agent, which was taken out of receivership earlier this week.

Chelsea Bridge Wharf, the largest riverside scheme in central London, which sits beside Battersea Power Station, is in the midst a costly Right To Manage struggle with Vincent Tchenguiz – until last March Peverel’s owner.

Having lost at the Leasehold Valuation Tribunal, Tchenguiz has appealed to the Land Tribunal, which will rule imminently on whether the appeal is permissible.

There are nine separate buildings at Chelsea Bridge Wharf, plus a hotel.  Five of these – Howard, Centurion, Eustace, Oswald and Horace – that make up more than 600 units of the 1050-unit site voted to dump Peverel and opt for RTM.

The 89-unit Burnelli building, where only 15 units are owner-occupied and the rest are shared ownership, had been run by the Genesis Housing Association.

It was a tall order for a social landlord like Genesis to run a block in one of London’s most expensive apartment complexes and the residents weren’t happy. Two months ago they elected to be run by the same managing agents that ran the rest of the site, which is Peverel.

So next month Peverel will be in the happy and unusual position of taking on the management of a new block – rather than losing one.

Chelsea Bridge Wharf illustrates the complex inter-relationship between the Berkeley Group and the troubled Tchenguiz organisation. It sold a ‘superior lease’ on some of the blocks, not actually the freehold, to the Tchenguiz for the best cash offer and by doing so it avoided having to offer the freehold for sale to the leaseholders first, as required in law.

Of the three other buildings on the site, the Warwick Building has a superior lease owned by the L and Q Housing Association, while the freeholds of Lanson and Hawker are retained by Berkeley. 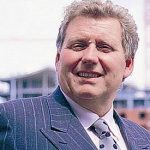 At the base of these buildings Berkeley Group’s legendary owner Tony Pidgley will have his London office suite. For that reason, Berkeley wanted to retain control of this area of Chelsea Bridge Wharf.

Although RTM had been voted on, it was dropped. In these blocks the residents are not unhappy. Berkeley does not fleece residents over the building insurance, for example.

The 142-unit Oswald building, where Tchenguiz has the superior lease, the insurance – through Peverel – costs £79,000 a year. At the 147-unit Lanson building, where Berkeley has retained the freehold, it is only £27,000.

“Berkeley does not scam the residents. In fact, it gets good deals on insurance, possibly better than we could with RTM, so we might even ask them whether we could double up with them,” says a CBW resident, who is backing RTM. Meanwhile, the RTM process has cost way over £20,000 and if Tchenguiz wins right of appeal the whole process will be delayed by more than a year and cost double that.

Will a new spin doctor on £90,000 with ‘personal integrity’ work wonders for Peverel?

Biggest right to manage victory ever at Century Wharf, Cardiff