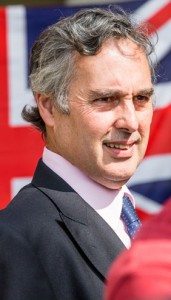 The Leasehold Knowledge Partnership estimate on the number of leasehold owners was repeated in the Commons today.

This is a coup for Martin Boyd (left), LKP stalwart and chairman of the residents at Charter Quay, Kingston, who compiled the data from existing government statistics. (The full report on this data will be published by LKP next week).

“It is fairly clear from the census that there are five million leaseholds,” said Sir Peter Bottomley, Tory MP for Worthing West, during a debate on a minor leasehold reform.

“With, let us say, one and a half people per flat, that amounts to 7.5 million leaseholders [Boyd says 8.75 million]. Half the properties in London are held under leasehold, and a growing proportion of new ones will be leasehold as well.”

The measure under debate was the Leasehold Reform (Amendment) Bill, which addresses the issue that a leaseholder’s grant of power of attorney be valid for enfranchisement purposes.

Which is just as well for Peverel et al, who received a passing mention from Sir Peter:

“We know about the scandals in the retirement sector. I will not go into the Office of Fair Trading report on what Peverel and Cirrus did in ripping off their leaseholders because it is not relevant to the Bill …”

The figures compiled by LKP are the most up-to-date and accurate figures available.

As they were compiled from government statistics, it is a great shame that they did not emerge from the civil servants at the DCLG involved in leasehold or, indeed, LEASE.

Sir Peter’s “specific and long-standing interest in leasehold reform” was acknowledged during the debate. Indeed, LKP can attest that he is now being contacted by MPs of all parties with issues concerning leasehold injustices.

He also made a plea for government departments to communicate more effectively between themselves:

“In making the change proposed in the Bill, we consider how two Government Departments and two extensions of Government ought to come together.

“What happens in the courts is mainly a matter for the Ministry of Justice. Some property issues are considered at leasehold valuation tribunals when there is a dispute between the leaseholder and the managing agent acting on behalf of a freeholder, and those bodies reach their conclusions.

“However, there is no method whereby Siobhan McGrath, who heads the MOJ’s property chamber, and the Department for Communities and Local Government can come together to consider what is coming up through the courts, the issues brought forward by Members of Parliament on behalf of their constituents, and what comes from the Government agency, LEASE, which is a source of information for leaseholders in trouble.

“… The arguments for the Bill have been put very plainly, and I will go no further in that respect. I will say, though, that matters of professional standards should be considered.

“I hope that those who look after the professional standards of lawyers—solicitors and barristers—and of accountants and surveyors will give guidance to their members as to whether they should use the nit-picking parts of the law as they see it while bouncing cases between the first-tier tribunal—the property chamber—and the county court, which leads to costs going up.

“That allows a very wealthy, well-resourced, clever, tricksy freeholder, or the managing agent working for them, to confound a leaseholder or an ordinary tenant.

“I would expect people in training for these revered professions to be told that if their conduct is clearly unjust—though it may be lawful—the professional standards bodies would consider a complaint against them.”

While the House was “curing one injustice” in leasehold, many others needed to be addressed.

“Over the next year and a half, we should aim to set up a way of gathering information on what can easily be done to make changes that improve the lives of ordinary people.

We must ensure that those who are powerful, often greedy, and sometimes corrupt cannot make their living by ruining the lives of ordinary people, many of whom are elderly, vulnerable, poor and ill.”

The full debate can be read here