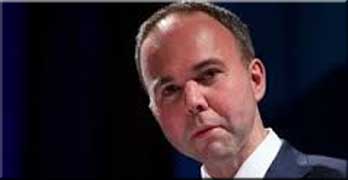 Mr Barwell has indicated his disapproval of leasehold houses at the annual conference of the Leasehold Advisory Service.

“The Leasehold Knowledge Partnership estimated that around 9,000 houses are being built and sold as leasehold. Many of those seem to exist only to create an income stream from the ground rent.

“These practices are not technically wrong, but I think there is a gulf between the letter of the law and our common sense about what is right. Some of the cases that we have seen in the media have highlighted some truly appalling behaviour.

“This is not just one company going rogue. A number of the larger developers are involved in it and I think they would do very well to remember that they are building homes for people to live in, and not investment vehicles for financial institutions.

“Except in a very few exceptional circumstances, I cannot think of any reason for houses to be built on a leasehold basis.

“The government is determined to stamp out unfair, unjust and unacceptable abuse of the leasehold system.”

But today Mr Barwell received this email, and LKP’s reply to it:

I have today woken up worrying and stressed about my Leasehold home that me and my wife who I may add is a NHS nurse and was up and out at 7am today (Sunday) to care for the sick, purchased from TAYLOR WIMPEY in 2010 and paid in our hard earned savings as a deposit.

Me and my wife are aged 43 and 37, the house we live in was meant to be our last move and would take us through to retirement and would be passed onto our three children. However TAYLOR WIMPEY have changed all this by selling the land our home is built on at auction to the highest bidder, without informing us.

The most worrying thing about all this is that it has been allowed to happen and is legal. The government sit back and allow this to happen and it’s been going on for a number of years.

Peter Redfern of TW (TAYLOR WIMPEY) has now delayed his review into what I can only describe as a massive scandal with only one motive and that is to make money at my expense and the expense of others, I suspect he is hoping the government will side with him hence the so called delay of his review and the government have sat back and allowed this to happen.

Meanwhile this is potentially making people including myself sick due to worry.

I have been a Civil Servant for coming up to 18 years now, my pension when I retire will be reduced in order to pay ground rent until I have nothing left, I think this is a shambles, I have spent hours reading over my lease hoping to find something to give me hope but they have been engineered by Chief Executives, Solicitors and Accountants for one purpose and that’s ££££.

The facts being the ground rent on our home will eventually reach £9440 per year, my home is unsellable. If I attempted to sell it no one would buy it because of the DOUBLING rent clause every 10 years. Mine in particular rises this Christmas 2017 to £590.00, in December I will be paying more in ground rent than my actual mortgage payment of £585.00.

This is a ticking clock because in the future there will be 1000,s of houses empty because people can’t afford the ground rent.

I guess you probably won’t read this and I will get a reply from your secretary, but please open your eyes and see what’s going on and help me and other families now.

It maybe a good idea if the people involved in this mess had a say in any meetings.

Hope you had a lovely weekend

LKP reply: Why praise Taylor Wimpey? Do teenage shoplifters get praise when they stop?

This is a very powerful letter.

Unfortunately, housebuilders have greedily built leasehold houses, eroding the wealth of a new generation of home owners, and created an investment asset class for shady unknown investors, many based offshore.

The government has assisted this appalling situation by aiding new build purchases through the Help To Buy scheme, or the “Help To Invest” scheme as freehold-buyers Will Astor or Vincent Tchenguiz might describe it.

It has allowed an outdated and failing quango, the Leasehold Advisory Service, to be entirely silent about this impoverishment of a new generation of homebuyers. Its chairman has spent his entire professional life working the angles of leasehold.

It has had nothing to say about the leasehold housing scandal.

Taylor Wimpey, the worst offender among developers on this occasion with its doubling ground rents, has stopped leasehold houses from January 1.

This won extravagant praise from the Housing Minister at the LEASE annual conference on February 1.

Why any praise at all? Do teenage shoplifters get praised when they are found out and decide to stop?

The issue is far from over.

If these politicians will not see sense on this, we must elect different ones.

Dear Pete Redfern … Taylor Wimpey cheated us: what are you doing about it?

Dear Ted Ayres … your company Bellway sold our family’s future
Next Post: ‘No other law so blatantly allows the wealthiest to rip off those less so,’ says the Sunday Times of leasehold