Donate
You are here: Home / News / FirstPort / Janet Entwistle stands down at Peverel …

… aka Knight Square and FirstPort 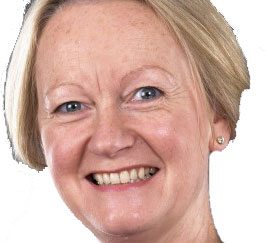 UPDATE: Feb 6 2015: The initial headline on this article, “Janet Entwistle is given the push at Peverel” was factually inaccurate, we are informed.

The following statement to LKP has been received this afternoon:

Janet Entwistle to stand down as CEO of Knight Square

Over the last three years, under the leadership of Janet, the Peverel businesses have been transformed, with improved customer service, greater efficiency and increased financial stability. FirstPort and Appello now have the strategy and leadership in place to build a successful future, reporting into the Knight Square Board.

Janet said: “I am proud to have been CEO through an exciting three years. Now we are reorganising the business to move to a decentralised structure with management closer to their customers it is the right time for me to move on. I know the businesses will continue to thrive under the leadership now in place, with the support of the Board.”

“To have transformed the business and delivered strong trading performances is an excellent achievement. We now have two exciting businesses in FirstPort and Appello, focused on delivering great customer service. We will continue to improve and grow both businesses for the benefit of their customers, employees and investors.”

“Janet has led a successful transformation of the group into two separate businesses and created an environment in which its people are engaged and focused on its customers. FirstPort and Appello are very different businesses today from those we acquired three years ago and we would like to thank Janet for all her hard work and wish her every success in the future.”

Janet will stand down from day to day operations but will assist the Board until the decentralisation of the businesses is finalised.

LKP  takes no pleasure in the departure of Janet Entwistle as CEO of Peverel: the poisoned chalice of leasehold property management.

We have always been of the view that Janet was rather better than the company that she served. Not, we hasten to add, the run of employees at Peverel / FirstPort, who on the whole are just as you would find in any organisation of this type and of comparable size.

The problem with Peverel is its frankly awful legacy: the bloated child of John McCarthy, it fell into the hands in 2006 of Vincent Tchenguiz.

The latter used Peverel to manage his freehold interests, which amount to one per cent of the residential freeholds in the country.

Monetising practices became the norm and the leasehold retirement sector began to stir, with the Campaign against Retirement Leasehold Exploitation forming in 2008 /9.

When the same sort of practices in retirement leasehold were extended to prime London at freeholds formerly owned by the luxury London housebuilders like the Berkeley Group, there was trouble.

St George’s Wharf, Vauxhall, where 35 QCs, members of the Lords, John Major and Chelsea Clinton had their homes, Peverel was not dealing with frail and vulnerable pensioners.

The result was a £1 million settlement to the residents.

Our own Martin Boyd was responsible for winning back more than £500,000 at Charter Quay in Kingston, sparking his determination to assist other leaseholders.

Peverel went into liquidation when the Tchenguiz brothers were arrested by the Serious Fraud Office in March 2011. But after it came out of administration a year later, owned by venture capitalists Chamonix and Electra, its biggest single client owning more than 50 per cent of the freeholds it managed was still the Tchenguiz Family Trust.

Janet Entwistle arrived in March 2012 and she did her best to transform the company into a consumer-oriented enterprise. That is, one that addressed the consumer interests of the leaseholders.

We have no doubt that she was genuine in this ambition.

But it was a hopeless one.

Peverel is still the biggest leasehold property manager in the country, looking after 160,000 homes.

Very few of them – only a few hundred – have actually chosen Peverel to be their property manager.

Most flats are managed by Peverel / FirstPort because it bought the management contract off the original house builders. Or, Peverel had simply hoovered up other smaller property managers, such as the late and unlamented Solitaire.

Needless to say, Peverel / FirstPort is now fading as a force in property management. Peverel Retirement has been the subject of an Office of Fair Trading ruling that its subsidiary Cirrus was running a price-fixing racket.

The then management of Peverel managed to hoodwink the regulators and win leniency for the company, but the fact remains that a company that manages some of the most vulnerable people in society set out systematically to cheat them.

In these circumstances, the best place for Janet is out of the door with a large cheque.

There are plenty of other companies more deserving of her talents than this turkey.

As for the venture capitalists who took Peverel out of administration – and cleverly got a loan secured against Peverel’s inexplicable portfolio of house managers’ flats – they got a bumpier ride than they bargained for, but presumably expect to win some, lose some.

Chamonix Private Equity is a specialist independent investment firm founded in 2006. It is a partnership between Jane Crawford, Christopher Edge, Andrew Hartley and Sam Watkinson. Chamonix focuses on identifying and acquiring businesses that have the potential to grow – but have been considered non-core or sub-scale by their current owners. The firm’s unique investment approach is based on a commitment to invest for the long term, the use of lower levels of leverage than the private equity industry traditionally puts in place, and an equity funding ethos which ensures an appropriate and financial structure for each acquisition. The firm typically focuses on fewer investments, an approach which allows its professionals to spend significant amounts of time supporting its management teams to bring about real change.
For further information visit www.chamonixpe.com.

Electra Partners is an independent private equity fund manager with over 25 years’ experience in the mid-market. During the last 25 years it has invested in excess of £4.4 billion in more than 200 deals. As at 30 September 2014, the firm had funds under management of over £1.6 billion including capital available for investment of circa £300 million.

Electra Partners’ flexible investment strategy allows it to invest broadly across the private equity market with a particular focus on Buyouts and Co-investments, Secondaries and Debt. In addition to this, its long-term capital base means it is not constrained by expiring investment periods or exit pressure driven by fund raising cycles and is therefore able to realise investments only when returns are maximised for its investors.

The firm’s major client is Electra Private Equity PLC (“Electra”), a private equity investment trust which has been listed on the London Stock Exchange since 1976. Electra’s long-term investment performance has been consistently superior to private equity and other benchmarks. Over the ten years to 30 September 2014, Electra has seen diluted NAV per share growth of 262% (equivalent to a ten-year annualised return on equity of 14%) compared to a 120% increase in the FTSE All-Share.

Electra Partners LLP is authorised and regulated by the Financial Conduct Authority.

There she blows! Peverel’s Janet Entwistle is sailing for FirstPort. But is Capt’n Barbossa still on board?

‘Not everything about Peverel was wonderful,’ says Janet Entwistle

Janet Entwistle: ‘Problems with Peverel’s reputation, but we are in it for the long term’