The former health and safety commissioner tasked to investigate building standards following the Grenfell Tower fire has criticised government for allowing it “to take so long” to agree her blueprint for maintaining the integrity of high-rise residential blocks.

In comments to the Communities Select Committee on Monday, Dame Judith Hackitt also raised fears that her plans for a shake-up of building safety regulations have not engaged with the issues around residential leasehold tenure and third-party building owners.

Dame Judith, who was engaged by the Theresa May government in July 2016 to carry out an independent review of building safety, spoke to the cross-party group of MPs to signal her disappointment at the slow pace of change. She said:

“I think it’s a matter of some regret that it’s taken this long to get this far. I set out on the task of producing this report, and it was impressed upon me the urgency of doing that.

“We stuck to our timetable and produced that in a matter of ten months. It seems unfortunate that, from then on, it has taken so long to get this far… We have lost momentum, and it’s an important statement of intent now, but we really, really need to get on with it.”

“One of my big concerns right now is that, for the last two years, we’ve carried on building buildings to a set of standards that we now know are not fit for purpose. The longer we carry on before we put this regulatory framework in place, the more buildings we are putting onto our housing stock that will need that rectification process.”

Clive Betts MP asks: what do the proposals actually mean in practice for leaseholders and commonholders, the people who live in the buildings? 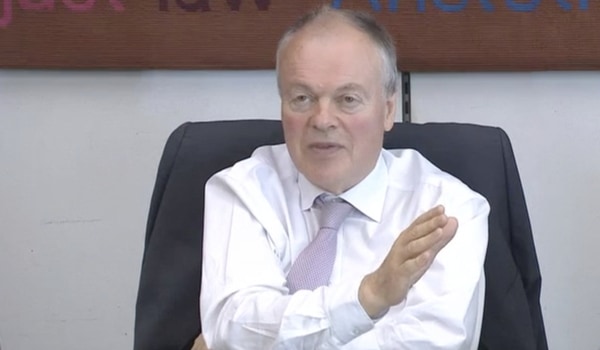 Dame Judith was questioned on how her proposals would affect the position of leasehold tenants.

Clive Betts MP, who chairs the Communities Select Committee, noted the raft of new statutory obligations set to be placed on freehold owners.

Mr Betts asked whether the salary of a building safety manager would be another item for the residential service charge.

In recognition of the growing controversy around leasehold contracts, service charges and the offshore freeholders who set them, Dame Judith replied:

“I think there will need to be a good deal of transparency in the system. I think, inevitably, there’s scope in all of this for people to add charge to service charges unnecessarily, overegg it.”

“We will need to ensure in the regulatory framework there is a good deal of transparency in how cost is passed on. But, equally, I think it’s reasonable to make residents aware that there will be an element of their service charge that will be put on to them for the purpose of ensuring their safety – and lots of people will be more than willing, if they can afford it, to pay that, I am sure.”

Her remarks follow LKP concern over whether distant third-party freeholders, whose interest in residential buildings revolve around legally enforceable income streams, can be made to successfully perform a stewardship role by another set of laws and regulations.

Guy Fetherstonhaugh QC, the celebrated landlord and tenant barrister, has described leasehold as “a series of laws of bewildering complexity that do nothing to resolve the conflict [between landlord and tenants], make life difficult and expensive for all concerned, and profit only the lawyers and tribunals who administer the frequent disputes between L and Ts.”

LKP chair Martin Boyd told City Hall earlier this month that, for any new safety regime to be successful, leaseholders will need to be able to work together as a collective to have their voice heard and hold their freehold landlord’s managing agent to account.

Residential leaseholders should play a key role in helping to keep high-rises secure, flagging safety concerns to the managing agent, he added.

Dame Judith was asked on Monday to explain what her reforms would mean for commonholders and commonhold ownership.

Mr Betts said he was interested in her answer because of his committee’s support for replacing leasehold with commonhold on flats.

“… in a situation where commonhold came in, how would you be an accountable person then? Because there’s no freeholder. You’ve got, you know, a commonhold arrangement [or commonhold association].

“Is that more challenging, then, in that situation?”

“Um, whilst not an expert on the legal structure of commonhold …”

“I appreciate that, then. If you can’t deal with that at this stage, then I’m …”

“From the sounds of what you are describing, yes it would be more complicated, but I am sure there are ways of addressing that in such a way that one individual would not carry the whole liability.”

“Okay, I think that’s probably something we will explain further with the minister, but I appreciate your position on that one.”

The exchange between Mr Betts and Dame Judith suggests that leasehold and commonhold issues were overlooked in the months-long work that led to the final recommendations in Building a Safer Future.

Mr Boyd, who was in attendance on Monday, said this to LKP:

“There is a fundamental lack of understanding of the leasehold system from the buildings safety teams, and the costs that must inevitably be passed on to leaseholders. There is this danger that third-party freeholders will use the new regulatory system to attempt to profiteer from their lessees.

“But the most important issue is that the cladding scandal has shown how fundamentally broken leasehold is as a mode of property ownership.

“So-called building owners are not actually liable under law for the costs of running and maintaining their buildings. The tenants are, who very often have no control over how those costs are set and are in a position of real vulnerability.

“Flat owners should be just that. They don’t need third-party freeholders getting in the way of things.”

LKP will continue to demand that government accounts for the structural deficiencies of leasehold title as it works towards implementing a Hackitt-inspired building safety regime.

Cladding crisis reveals why freeholders are an impediment to any solution

Every other major economy has moved away from residential leasehold so why not us, asks shadow housing minister Sarah Jones
Next Post: Speculators in freeholds knew the risks and can take the hit, suggests Labour shadow City minister Jonathan Reynolds MP