Donate
You are here: Home / News / Speakers at next week’s MPs meeting on leasehold 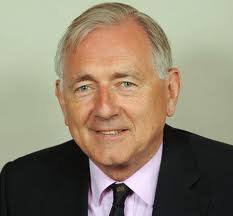 The line-up of speakers at next Tuesday’s Leasehold Knowledge Partnership meeting at Westminster for MPs and Lords, which is being hosted by Sir Peter Bottomley (left), MP for Worthing West, has been finalised.

They will include the authors of three key reports on leasehold which have been published this year.

The event, which is to be chaired by Sebastian O’Kelly, director of LKP, is anticipated to attract about 20 MPs or Lords who have an interest in this sector.

Chris Paterson, of the think tank CentreForum, whose much publicised report ‘A New Lease of Life’ was published in August. It urges a £2 a leaseholder levy to fund an independent regulator – unconnected with any of the existing trade bodies.

Steve O’Connell, a member of the London Assembly, who chaired the report ‘Highly Charged’, which was published in March this year. It stated that 500,000 London leaseholders pay more than half a billion a year in service charges. Leasehold complaints have risen sharply and with many more leasehold properties likely to be built, there is going to be growing pressure for reform.

Mark Spall, of AgeUK, is a long standing advisor on retirement residential issues. He will discuss the charity’s report ‘Making It Work For Us: A residents’ inquiry into sheltered and retirement housing’, which is to be published on October 31.

Martin Boyd, of LKP, is a leaseholder at Charter Quay in Kingston, Surrey, who has orchestrated four Leasehold Valuation Tribunal victories against his landlord, winning back more than £500,000 in over-paid service charges. The cases amount to devastating criticism of current leasehold practices.

Robert Plumb, chief executive HML Holdings plc, an LKP accredited managing agent, who has been conspicuous for calling for higher ethical standards in the leasehold sector. Plumb has stated that leaseholders must be informed if managing agents have joint ownership with their freeholder.

Sir Peter Bottomley and Baroness Gardner of Parkes, who have instigated the three debates in Parliament on leasehold this year will also address the meeting.

The event will include a representative of the British Property Federation. The BPF have announced to LKP that:

“We support the view that s152 (regular statement of accounts) and s156 (holding monies in separate accounts) of the Commonhold and Leasehold Reform Act 2002 should be implemented as soon as possible and are keen to work with Government and other stakeholders to achieve that. We support what the clauses seek to achieve. It is important, however, that there is a sufficient lead in period, so that managing agents are prepared.”

A Ministry of Justice official will be present, as it will take over responsibility of the Leasehold Valuation Tribunal / Property Tribunal service next year

Owing to the venue size, the event is unfortunately not open to the public, although it will be reported in full on the LKP website

Sir Peter Bottomley is hosting the meeting the LKP meeting; Baroness Gardner is speaking; as are representatives of three organisations that have written important reports on leasehold.

Around 20 MPs and Lords have already said that they are attending. LKP readers – the site has 60,000 page views a month – have urged their MPs to attend.

But officials at the Department of Communities and Local Government, who were invited on October 11, are too busy.

“I am afraid that due to prior commitments that will not be possible on this occasion.” an official writes.

Might that not be rather embarrassing if Housing Minister Mark Prisk decides to turn up, accepting Sir Peter’s invitation?

The Ministry of Justice is sending an official, however.