Donate
You are here: Home / News / Stop ‘delaying and frustrating’ post-Grenfell remediation works, government urged on BBC R4 You and Yours

… while Rip Off Britain speaks to the flat lessees in ‘death trap’ buildings, with unsaleable properties, who have been left to fend for themselves 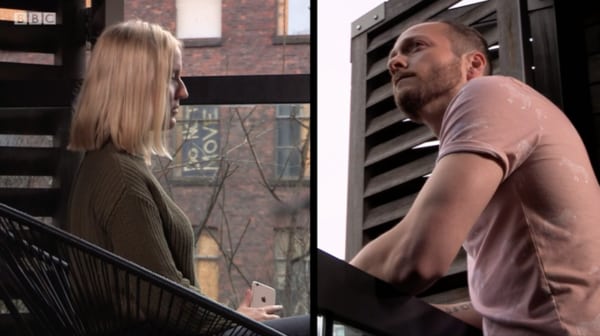 On Wednesday BBC Radio 4’s You and Yours programme put a spotlight on the government’s handling of the cladding scandal.

The programme heard criticisms of the way in which MHCLG has managed the private sector ACM cladding fund, a policy announced in May by the then Communities Secretary James Brokenshire.

Presenter Melanie Abbott spoke to William Martin, of UK Action Cladding Group (UKCAG), who has a lease-rental on a two-bed flat in a Sheffield block clad with Grenfell-style combustibles.

He criticised the bureaucracy involved in ensuring his building secures the money, specifically the ministry’s insistence on having one hundred percent sign-off:

“There’s about 113 flats in our building and in the last three or four years I’ve only managed to get in touch with about 60 leaseholders.

Many of the leaseholders do not live in our building. We’ve only got five or six that do, so getting everyone to fill out a State Aid Declaration Form in time for the December deadline for the Fund Application is just not possible.”

Mr Martin raised concerns about the government’s intentions. “You know, the government said that the point of the ACM fund was to ‘quicken the pace of removing dangerous ACM cladding’, but they are putting up barriers that only delay this and make buildings like mine unsafe,” he added.

He also suggested that there has been serial incompetence:

“I think it says a lot when the forms aren’t in the right format and we have to email the government and tell them that they need to release them as PDFs because they’re not working on certain computers. Or that there’s watermarks still on the form.”

The UKCAG representative was joined by LKP’s Martin Boyd, who maintains that it is highly unlikely that any major ACM cladding site will succeed in securing the signatures of every single leaseholder given the prevalence of Buy-to-Let interests.

Mr Boyd also agreed that the EU State Aid requirement “seems to be delaying and frustrating the process”.

The government should act now to encourage the private equity investors, who usually have a minority financial stake, to leave these buildings and pass the freeholds on to the residents, making them owners:

“Well, there’s a bit of a question why on earth the government thinks it needs to give the money to the freeholder in the first place.

What a freeholder owns is a ground rent reversion income. The people who have invested in the building are the leaseholders. It’s not clear to me why the government didn’t turn round and say, ‘we’ll make this money available, but we want you to move the freehold of this building over to the leaseholders so they have proper control going forward.’”

Meanwhile, BBC daytime consumer affairs programme Rip Off Britain heard from Ritu Saha at Bromley’s Northpoint building, which is disqualified from the ACM cladding fund despite having “cladding that is so combustible that it will spread from the bottom to the top in seven minutes flat.”

Ms Saha railed against the government for creating a so-called cladding lottery, whereby some buildings will be remediated, with others that are unsafe left alone as lessees face bankruptcy and mental health crises:

“Basically, I felt completely abandoned. You are living in a completely unsafe property and you have to go pretty much bankrupt trying to make it safe on your own, even though you have nothing to do with the problem in the first place.”

Her sentiments were echoed by a number of leaseholders in Manchester’s timbre-clad Burton Place development, “a death trap… more flammable than Grenfell”, who say they are “being held to ransom to have to fix the external of something that had nothing to do with us.”

The feature ended with a statement from MHCLG which insisted that building owners must do everything in their power not to pass the bills onto lessees … despite this being the position in landlord and tenant law.