Communities Select Committee needs to haul in the housebuilders 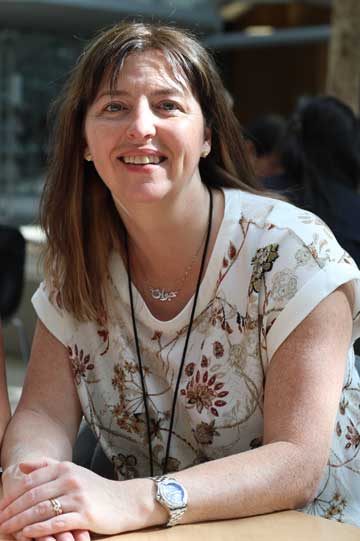 I bought my home from Taylor Wimpey in 2010 and it has one of the now infamous doubling ground rents.

Please note that Taylor Wimpey are not the only developers to implement doubling ground rents; Countryside and Persimmon are also offenders.  Taylor Wimpey and the ultimate owner of my freehold, Long Harbour, would like you to believe that this is no longer an issue as they have kindly set aside £130 million to rectify the problem.

They will contribute £750 in legal fees for me to convert my doubling ground rent to RPI.  Problem solved right?  Well, actually NO.

I’ve reviewed the offer that’s being made and want to explain why making the decision to convert to RPI is by no means a “no brainer” and far from an ideal solution to this problem:

The proposed new lease terms increase the ground rent by RPI every 10 years for the full term of the lease.

The last published annual figure for RPI was 3.3%.  Sure, under RPI increasing terms, the first few increases are more modest than my current doubling lease, with ground rent being a mere £1,500 after 50 years, but would you like to guess what the total ground rent is over the 250 year term?  £25,758,709.

Compound interest is a hard thing for people to get their heads around and the impact of the compounding in the later years of my lease leads to figures that are truly horrific.

So, if I decide to convert to RPI, I’m trading short term gain (in ground rent terms) for long term pain and kicking the ground rent bomb down the road.

Who knows what RPI will do in the future?

“There are other, better measures available and any use of RPI over these far superior alternatives should be closely scrutinised.”

They also said “the evidence suggests it is likely to overstate inflation”.  If RPI reaches 7.18% pa this is the equivalent of doubling.  Given that context, housebuilders and freeholders should be challenged on why RPI increasing ground rents are acceptable.

This is a conditional offer.

In signing the Deed of Variation I also have to sign a Deed of Settlement which involves me signing away my rights to claim further from Taylor Wimpey and may also prevent me from giving evidence in any future class action against Taylor Wimpey or at the much needed Government Select Committee Inquiry into the leasehold scandal.

Clause 5 in this Deed of Settlement buys my silence.

Make no mistake, this offer is an exercise in limiting Taylor Wimpey’s corporate liability.

My solicitor, who is specialist in leasehold law, has asked Taylor Wimpey to simplify the schedule in the Deed of Variation that explains the new ground rent terms as it is so complicated she is struggling to understand it.  Taylor Wimpey has refused.  She also advises me that the undertaking she has to sign is unnecessary.

It will make enfranchisement cheaper, for those trapped in this mess that can afford to buy the freehold.

Please note that there will be thousands of people for whom enfranchisement is just not an option; regardless of what measures the current Government take to make it more affordable.

There are many posts from people in the National Leasehold Campaign Facebook group whose ground rent has already doubled who are struggling to make ends meet.

These people will remain subject to the horrific ground rents referred to above.

In my case, if I convert to RPI, it should bring the cost of enfranchisement down from £23-33k to somewhere in the region of £11-13k.

Legal fees will be about another c.£3k as I not only have to pay my own legal fees but those of the freeholder.

Compare that to the £4,425 I could have bought the freehold from Taylor Wimpey for at the time I purchased the house if I had been properly advised by their sales people and the conveyancing solicitor that they recommended.

I understand that the Law Commission is looking at making enfranchisement cheaper and easier.

Freeholders are already anticipating changes and we are seeing a flurry of informal offers to leaseholders of new build homes (which tend to be what we call fleecehold offers – money making permission fees are left in the transfer with fees for home alterations, remortgages, even permission to have a pet!).

Informal offers are tempting but fraught with risk.

We are also seeing a big increase in cases going to tribunal with the freeholders hurrying to set case law precedents for low capitalisation rates that will make buying freeholds more expensive.

Precedents exist in Scotland and Ireland for freeholds to be made available for a simple multiple of ground rent.

The whole tribunal system for property is corrupt and broken and needs to be urgently addressed.

There is the possibility that doubling ground rent terms may be ruled unfair contract terms and struck off.  If I’ve converted to RPI where would this leave me?  Potentially worse off?

Taking the decision to convert to RPI is not all all straightforward.  If you were me, what would you do?

Please use your influence to press for a Government Select Committee Inquiry to hold those responsible for creating this mess to account.

There is no need to wait for the outcome of the Law Commission work – we need answers NOW as to how we’ve got here.

A number of people are going to convert to RPI without realising the full consequences and all key influencers and media need to understand that the Taylor Wimpey Ground Rent Assistance Scheme does not fix the problem and should not be hailed as the solution.