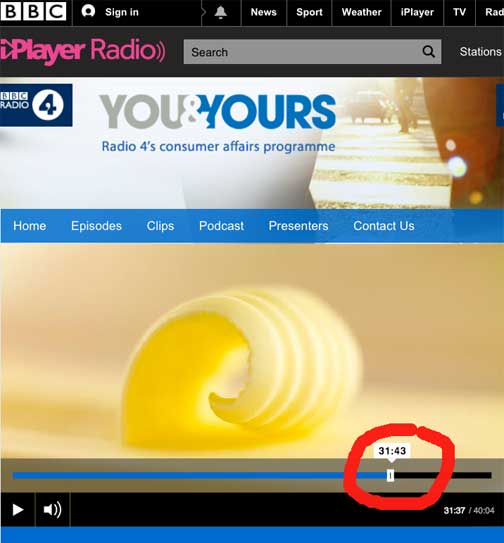 The scandalous ground rent charges at Blythe Court featured on BBC Radio 4’s You & Yours programme just before 1pm today.

Leaseholders at the site were interviewed, including Kadian Kennelly, 32, and Patrick Majszyk, 32.

Sir Peter Bottomley said he was still seeking explanation from the site’s freeholder and manager, Martin Paine and his wife Margaret Anne Kirmond.

Sebastian O’Kelly, of LKP, who was also interviewed, advised that leaseholders facing similar circumstances should make sure that their freeholder’s actions become very well known, through the involvement of MPs, press, LKP etc.

He described the deed of variation as a “poison pill”, compared the ground rents at Blythe Court to One Hyde Park in central London and suggested commonhold as an alternative to leasehold with its incessant game playing.

It now emerges that Martin Paine and Margaret Anne Kirmond “understand the need for a more ethical approach to charges, in line with our company philosophy”.

In addition, Martin Paine claims: “We are keen to highlight that many of the points made in the Leasehold Knowledge Partnership online article (published 21st January) are not correct and we are seeking legal counsel on the inaccuracies made.”

Martin Paine acknowledged receipt of the article, which he had for 72 hours before publication.

He has made no effort to address any alleged inaccuracy.

It is understood that Martin Paine is now employing a media consultant / public relations executive.

After the programme today, Kadian Kennelly received the following communication and “press release”.

Dear Ms Kennelly
We are aware that the lease terms at Blythe Court have been gaining considerable press interest.

On Friday we issued the following statement and would now like to start a dialogue with you regarding this issue.

I appreciate you are busy, so please let me know when would be convenient for me to chat with you.

I will be liaising with all affected residents on a one to one basis in order to allow for individual diaries, differences in circumstances and contracts.

Following concerns raised by residents at Blythe Court in Coleshill, Warwickshire, Circle Residential Management Limited has agreed to a dialogue with leaseholders regarding payment of their ground rent.

“While the terms of the lease at Blythe Court are not uncommon and were advised by our legal team at the time, we understand the need for a more ethical approach to charges, in line with our company philosophy. Although we have tried to give direction to owners in the past, we will now start a more formal dialogue with the affected leaseholders.

“We are keen to highlight that many of the points made in the Leasehold Knowledge Partnership online article (published 21st January) are not correct and we are seeking legal counsel on the inaccuracies made.

“Our priority now, however, is to liaise with the leaseholders so that they can feel positive about their homes and the investment they made in Blythe Court.”

· The article and blogs published on this matter attack company director, Anne Kirmond. Anne, nor the freehold owning company sold flats to the current tenants nor were they involved in the auction of flat one.

· The CBRE 2010 report into ground rent states; “We consider a rental uplift pattern of every 10 years to be optimal. This provides a regular review without becoming too frequent as to cause administration issues or to create discontent among lessees.”

80% of Londoners like living in a flat, even ones run by FirstPort
Next Post: LEASE: we need to make a million pounds a year by 2020