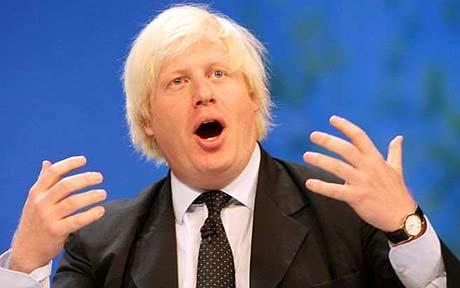 Boris … talk to me

The meeting will take place within the next two weeks.

In a statement to LKP the mayor’s office said: “The Mayor recognises that leasehold service charges are an important issue for both leaseholders and local authorities, with many Londoners concerned over seemingly unfair costs, a lack of transparency in how charges are calculated and the lack of good quality information and advice about the issues.

“In particular there are concerns in London that the nature of the housing stock may make it difficult for leaseholders to exercise their right to manage.

“Like you, the Mayor welcomes the Assembly’s report, and hopes that the report will be given due consideration by all interested parties. The Mayor will be encouraging the authorities and agencies to whom the report recommendations are addressed to do their best to implement the recommendations as far as reasonably practicable.”

Apart from the obvious issue of rip-off stealth charges – which have been the subject of record LVT payouts (including £1 million to the residents at St George’s Wharf, Vauxhall) – cash-strapped leaseholders face being hit for huge bills to make their homes eco-efficient.

The mayor is keen to ensure these bills are limited and that leaseholders can pay the bills with interest free payments over a number of years.

Boris Johnson praises campaign for leaseholders who are being ‘cheated’