‘Landlord’s mole at residents’ meeting paid out of service charges’

A failed attempt to challenge service charges by 53 leaseholders at Chelsea Harbour has landed all 310 leaseholders with the landlord’s £300,000 legal bill.

The disgruntled leaseholders have in addition their own costs of £150,000 to pay up.

The long running saga at the riverside site, home to a host of celebrities such as Michael Caine and playwright Sir Tom Stoppard, was resolved in the summer, but it is only now that the fees are working through the service charge.

It has made for a distinct lack of Christmas spirit, as everyone has had to pay out £1,000 to their landlord, the Daily Mail reported on Christmas Eve

“This legal challenge was an utter disaster,” says one resident, who declines to be named. “It is completely unjust that those of us who were not party to the action should have to pay these legal costs. Why should we get lumbered with the bill? In what other area of law is such a thing possible?”

He blames the leaseholders’ solicitors Pemberton Greenish, one of the leading firms in landlord and tenant law, for messing up the case and says he has sent his £1,000 service charge to the them to settle. He provides no evidence at all that the lawyers were at fault, and the tribunal ruling instead criticises individual leaseholders.

The wrangle began in March 2014 when the 53 leaseholders applied to the tribunal complaining about service charges. Chelsea Harbour was built in the 1980s and includes 292 apartments in seven apartment blocks, 18 leasehold houses, commercial units, including the Design Centre beloved of interior designers, and a hotel. All are set around moorings for powerboats and yachts.

The case was finally heard last summer over “five full days of hearing, in excess of 24 ring binders of documents (containing at a conservative estimate over 3,600 pages) and oral evidence from nine witnesses”, the tribunal noted.

It also grumbled that “It was a feature of the leaseholders’ applications throughout the process that they lacked some precision and particularity.” They also “modified their case”.

A number of interesting complaints were – disappointingly for the rest of us – struck out of the leaseholders’ case and not discussed fully in open tribunal.

It is surprising to find the disgruntled leaseholders claimed that Chelsea Harbour – home to the fancy Design Centre, luxury shops, restaurants and a hotel – has “smells of animals in another flat” and that there was second-hand car dealing in the car park.

There was also a claim of “lack of respect to a leaseholder” and “disrepair and infestation to buildings”.

Two leaseholders, “Messrs Brookson and Hales” were singled out for “too generalised” complaining or addressing issues “outside of the years in question”.

The tribunal made clear that it would have reduced Chelsea Harbour Limited’s management fee in any event.

Chelsea Harbour Limited also admitted that there were delays in providing the accounts, service charges were charged in error, there should have been better managerial oversight, there “should have been a concluded management agreement with Knight Frank [the property managers for some of this period]”.

The tribunal noted: “Knight Frank’s tenure [as managing agent] was generally agreed to be a disaster”, even though paid £200,000 a year.

It was also unimpressed that its replacement PLM, part of Harrods Estates, but also did not have a written contract “until seven months into their tenure”.

There was no written contract with the security firm at Chelsea Harbour, Secure Residential Guarding Limited.

Even more serious from the point of view of leaseholders’ rights, was Chelsea Harbour Limited’s decision to de-recognise the residents’ association, which “could and should have been handled better”.

“However, CHL despite a promise to remain open and co-operative, went on to act in a way that was unhelpful and obstructive.

“They sought to terminate recognition of the residents’ association with immediate effect rather than giving the statutory six months’ notice.

“They relied upon barren technical objections to notices served by or on behalf of the residents’ association and failed to answer correspondence from or on their behalf in a timely fashion.”

Another interesting, but unexplored point in the tribunal ruling, was a £1,008 payment part of which was payment for a “mole” within the residents’ association.

“The inference drawn by the leaseholders is that this is a reference to placing a “mole” in the residents’ association meeting,” said the tribunal. “This may or may not be correct, even if it were, the amount of the invoice is so small as to be insignificant.”

In spite of all these colourful details, the leaseholders failed to persuade the tribunal that they were being over-charged or that the commercial areas at Chelsea Harbour, which have been expanded since they were built in the 1980s, should pay more.

The tribunal said: “In any review of the matter we decided the applications substantially in favour of the respondent … 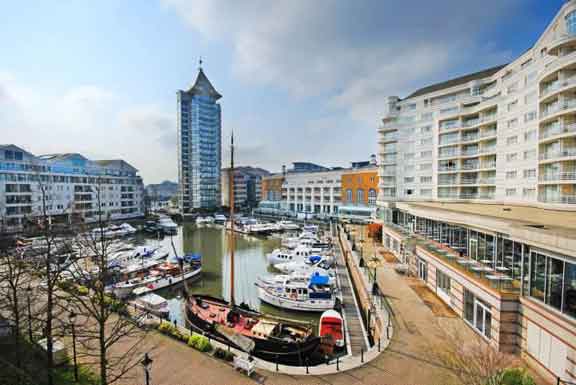 But because the leaseholders won some points, and because Chelsea Harbour Limited only made concessions at the eleventh hour during the hearing, the tribunal did not award costs against the applicants. Instead, it allowed the landlord’s legal costs to be placed on the service charge of all.

The leaseholders asked for a 33 per cent reduction of the landlord’s costs, but only got only 8 per cent.

Of course, had the 53 leaseholders won their case, the non-participating leaseholders would not have benefited automatically. Theoretically, they would have had to go to the tribunal themselves to get any benefits passed on.

While Chelsea Harbour leaseholders may be furious at having to pay out for failed litigation by their neighbours, at St George’s Wharf, Vauxhall, where £1 million was paid back to the residents, non-participants were equally furious to be left out of the settlement.

LKP had a number of calls in 2013 from affluent flat owners wanting to know how they could get their hands on the payola.

Feeble excuses were offered for why they had not signed up to be participants in the tribunal action, the worst being “my wife forgot to send in the papers”.

The ruling can be read here: chelseaharbourBothRulings

The explanation of the case by Chelsea Harbour Limited is here: overview

Cherry Trees retirement flat hit by £9,341 sinking fund exit fee ..
Next Post: Shouldn’t this case have been dealt with by a more senior court than the ‘low-cost’ property tribunal? »