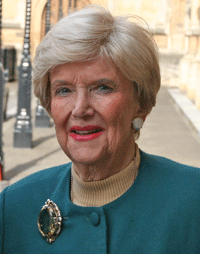 Baroness Gardner of Parkes, a long-standing leasehold campaigner, asked the government this week what assessment had been made of the impact on leaseholders of changes to the the First Tier Tribunal.

Baroness Gardner of Parkes (Con): My Lords, I beg leave to ask the Question standing in my name on the Order Paper. In doing so, I declare my interest as listed in the register.

Lord Ahmad of Wimbledon (Con): My Lords, in October 2013, a revised fee remissions scheme was introduced across the courts and tribunals system. The impact of the revised remissions scheme will be reviewed after October this year.

Baroness Gardner of Parkes: I thank the Minister for that. Can he confirm that people will not be charged management costs unless their lease specifies that they must be and that they will not be obliged to pay—win or lose—the head lessee’s or freeholder’s slice of the action?

Lord Ahmad of Wimbledon: My noble friend comes to this issue with great experience and has been a long-standing campaigner in this regard. She raises the issue of administration charges on leases. Some leases contain covenants for the recovery of legal costs, which is a slightly different issue from the recovery of costs as service charges. I understand there have been calls for the Government to consider the feasibility of creating a provision to prevent the recovery of administration charges, similar to the protection over service charges already provided under Section 20C of the Landlord and Tenant Act 1985. We understand the concern that this topic provokes but, as I am sure my noble friend will agree, we need to look at this very carefully and consult quite widely before deciding on any action that can be taken in this regard.

Lord Beecham (Lab): My Lords, I declare an interest as I have some interest in a leasehold flat. The former cap of £500 on costs has been removed, as the Minister has said, and the Church Commissioners, of all people, recently persuaded the court that a default judgment over service charges allowed them to forfeit a lease. Furthermore, in another case, a landlord recovered from two pensioners £40,000—not £500—as an administrative charge in a dispute over service charges. Is it not time that the Government acted to replace leaseholds for residential properties with commonhold?

Lord Ahmad of Wimbledon: My Lords, as the noble Lord will know, the Government have already taken forward the issue of legal costs in relation to service charges. I have already alluded to the Section 20C order, as provided for in the Landlord and Tenant Act 1985, which allows a leaseholder to seek for those service charges—if the landlord is claiming that—to be voided. He also raised the point about the £500 fee. Normally in tribunal cases, we have found that parties pay their own costs, and it is rare for costs to be awarded in the property chamber itself. Only where the tribunal considers that a party has behaved unreasonably could it make a costs order against them.

Baroness Gardner of Parkes: My Lords, I remember debating the Bill very carefully here in 1996, because it was stated that the total costs would be recovered from the applicants, down to,

These charges, under the previous system, were limited to a maximum of £500 and the only abuse was when the other side charged it back to all the leaseholders in the block, even if only one had brought the case. Now, it is a different matter. You have to put up the £500 even to take your case to the tribunal and you have to pay further costs all the way. Can we at least be assured that if, as the noble Lord says, it is not possible to limit it in some cases, the costs will not be charged to all the tenants, as is now the case, instead of just to the one person who brought the case? Will the court, or the First-tier Tribunal as it is now called, have the power to determine where these costs are actually justified?

Lord Ahmad of Wimbledon: Bearing in mind the series of questions that my noble friend has asked, perhaps writing to her in this regard would be more appropriate and beneficial.