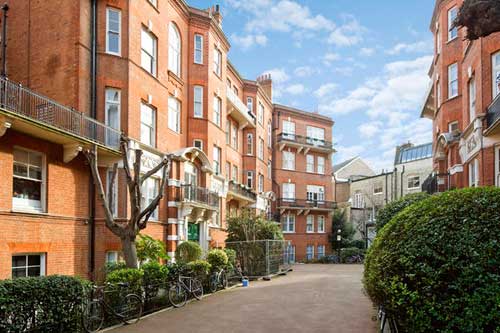 What would you advise this woman, who called from Newcastle this morning about a flat at Kensington Hall Gardens, in West Kensington in London.

She has been appointed power of attorney to her aunt, who is now in full-time care in a psychiatric hospital.

The aunt owned a four-bedroom flat in West Kensington at Kensington Hall Gardens. The caller believed it to be worth £1 million.

The aunt had several long-standing arguments with the freeholders and withheld service charges – for the first time, at some point in the Eighties. The niece, who describes her aunt as feisty, is aware of a court order for £20,000. The aunt also argued with the council and withheld council tax, for which she was briefly jailed.

Obviously, contacts between niece and aunt have been haphazard, and the version of events if incomplete.

One assumes that the lease was forfeited, but whether the aunt appeared in court is unknown.

Curiously, she also owned another flat elsewhere which was empty for 20 years. It is worth now £270,000, and although another lease has been issued the aunt is to receive some money.

The freeholder of the first flat is now Kensington Hall Gardens Limited, and the block is managed by Daejan or Freshwater Property Management.

The question the caller had was: is there likely to be any money of the aunt’s from the first flat and where would she find the court rulings.

Communications with the freeholder and managing agent have been unsuccessful. But the Department of Justice would be a better starting point.

An intriguing phone call, and a query best left to lawyers. My assumption is that both flats were forfeited over the years, but it is odd in that case that some money is owed to the aunt from the second flat.