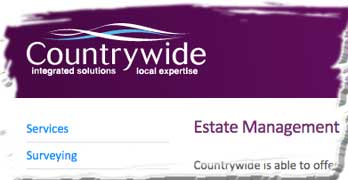 Swindon leaseholder Andy Webb, who lives in Bovis-built site The Oaks, complained to Countrywide Estate Management about the delays in handing over control of the residents’ management company.

He wished to attend an AGM and put himself forward as a director, and the complaint was “escalated” in July to Elaine M Evans, Countrywide’s “compliance & complaints resolution manager” as a “under stage 2 of the complaints handling procedure”.

He was told that the hand-over could only take place “after all the elements of the s106 agreement between the developer and the Council have been complied with. We understand that this has not yet occurred.”

Both Swindon council and Bovis Homes head of legal reject that any section 106 issues – essentially, amenity improvements for planning consents – were outstanding.

Mrs Evans also addressed the issue of a “shadow board” of directors of the non-existent residents’ management companies and that a Countrywide employee has asked whether he wished to be considered for it.

This was apparently a “misunderstanding” and “There is no shadow board of directors in place at The Oaks “.

Countrywide suggested a meeting with the residents, by way of preparation for the eventual and much delayed residents’ management company.

Now that Countrywide has been given the boot at all the Bovis Homes controlled sites, this duty presumably falls to another property management company.

The full finding of Countrywide’s “stage 2 of the complaints handling procedure” by Mrs Evans is below.

I write further to my email of 3rd July 2014 which advised that your complaint would be escalated to me, for investigation and response under Stage 2 of the Complaints Handling Procedure. I have now had the opportunity to review your complaint in full and would respond to this as follows:

From reviewing your file I can see that you have previously corresponded with both Richard Smith and Sophie Archer regarding matters at The Oaks. I understand that you wish to attend an AGM in order to put yourself forward for appointment as a director. We always encourage residents to become directors of the developments we manage and are happy that you take an interest in the running of your development and wish to put yourself forward for this role. Unfortunately, however, this appointment has not been possible as the development has not yet been handed over to the residents and remains in the control of the developer. Residents are therefore currently unable to be appointed as directors of the management company.

As the development has not yet been handed over to the residents there have not therefore been any AGMs held and there are no upcoming AGMs for you to attend. The first AGM will be held, in accordance with the Articles of Association of the company, upon handover of the company from the developer to the residents. This can only be done after all the elements of the s106 agreement between the developer and the Council have been complied with. We understand that this has not yet occurred. I must highlight that, as the s106 agreement is between the developer and the Council, we are not involved in this agreement and are not able to advise what elements of this remain outstanding. It is not, however, the case that all developments are handed over to residents once the last unit is sold – this is dependent upon the particular agreement. I therefore regret that we are unable to assist you further with this as we do not have access to any additional information. This is something you will need to take up directly with either the Council or developer if you wish to pursue this further.

I must reiterate what was stated to you by Michelle Banks in her email to you of 26th June 2014: Countrywide, as the managing agent, does not control the timing of the handover from developer to residents. Our role is merely to assist our client, the management company, to manage the land that is in its control.

There is no shadow board of directors in place at The Oaks. In 2012 the residents of The Oaks were written out to and asked whether they wished to become members of a future board of directors. Interest was expressed by a small number of leaseholders, who met with Countrywide staff in November 2012, in time for the preparation of the service charge budget for that year. I note that Richard Smith’s letter to you of 22nd July 2013 explains this and informs you that his intention in arranging the meeting was to obtain feedback from residents in an effort to reduce costs and improve service efficiency. These leaseholders have since individually been in contact with the property manager on an ad hoc and infrequent basis to discuss various issues at the site, in the same way that other interested leaseholders have. There has not been a meeting of these leaseholders and Countrywide since 2012 and there are no future meetings planned.

Regrettably, I can see that use of the phrase ‘shadow board’ by staff members of Countrywide may have caused confusion. I note that Sophie Archer informed you that there was a ‘shadow board’ in place in her email of 14th April 2014 and asked if you wanted to join this group. Unfortunately this was a misunderstanding on Sophie’s part as she had only recently taken over as the property manager for The Oaks and believed this to be the case. Sophie used this terminology in its loosest form and was trying to express that there were a group of leaseholders who were interested in becoming directors in the future. I apologise that this may have given the wrong impression, however as the small number of leaseholders in question are not involved in the day to day running of the company, do not instruct Countrywide on the management of the development, and have only met on one occasion in 2012, they are not fulfilling the role of directors. There is therefore no shadow board and there is no shadow chairman.

Although the management company has not yet been handed over to the residents, we would suggest that it would be very beneficial to hold a meeting to which all of the residents of The Oaks would be invited. Although we will enquire from the developer whether the The Oaks is to be handed over imminently to the residents, in the interim we will write out to all residents and invite them to attend a meeting where matters such as the service charge accounts, services at the development and general property management, can be discussed. Although this will not be an AGM, it is anticipated that this would be a very worthwhile opportunity to receive feedback and input from the residents as to the future running of The Oaks. The property manager for The Oaks, Sophie Archer, is in agreement with this and will be writing out to all leaseholders within the next few weeks to inform them of the details of this. We sincerely hope that this will provide a worthwhile forum through which to ensure the efficient and effective running of The Oaks for all interested parties.

I sincerely hope that the above information has helped to clarify your concerns about your development and has provided you with reassurance that Countrywide are appropriately performing their role as managing agents, taking instruction from our client, the management company. We regret that we are unable to provide you with the information you request regarding the handover of the development from developer to residents as we do not have this information. I can assure you, however, that Sophie Archer will be writing out to the developer to enquire as to whether a handover is imminent and will inform all residents if this is the case. I must stress, however, that the developer is under no obligation to provide us with this information and so this may not be possible. We hope that you will be able to attend the anticipated residents meeting and will find this a useful forum through which you can provide the input you desire into the ongoing running of The Oaks until such time as it is formally handed over to the residents.

Countrywide ‘ripping off’ leaseholders, MP tells Commons. And it is given the boot by Bovis Homes

Countrywide ‘ripping off’ leaseholders, MP tells Commons. And it is given the boot by Bovis Homes
Next Post: Leaseholder Association: One hat too many for Dudley Joiner?