Donate
You are here: Home / News / ARMA / Countrywide ‘ripping off’ leaseholders, MP tells Commons. And it is given the boot by Bovis Homes 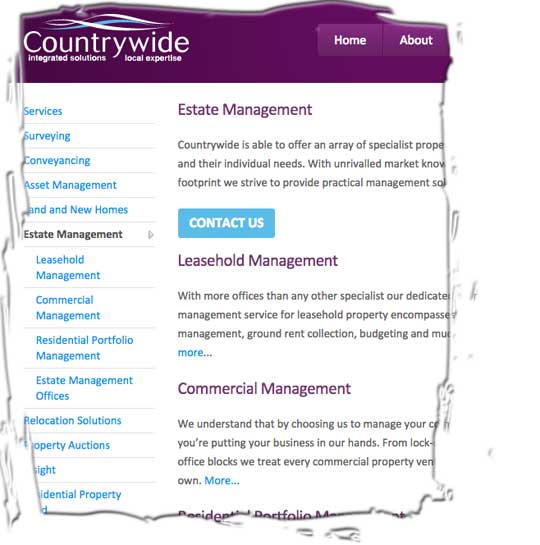 Justin Tomlinson (left), Conservative MP for North Swindon, has accused Countrywide of “ripping off” leaseholders in the House of Commons.

Mr Tomlinson claimed that freeholders and property managers were stalling the right of residents to manage their own properties even where there is a residents’ management company in the lease.

These delays had been going on for some years.

“Residents are being ripped off by organisations such as Countrywide. It is not acceptable,” he told the House on October 22. (Hansard October 22 Column 269). Here

Countrywide, one of the biggest block managers and a long-time member of ARMA, denies the allegations.

LKP has been contacted by a number of Swindon residents and has sought answers from both Countrywide Estate Management and Bovis Homes, which built many of the sites in Swindon.

LKP has been backed by Mr Tomlinson, who informed both Bovis Homes and Countrywide that he had raised the issue with housing minister Brandon Lewis and was expecting answers.

It now emerges that Bovis Homes will remove Countrywide from the management of all its freeholds.

Leaseholders will also be handed control of the residents’ management companies “now”, according to Bovis Homes CEO David Ritchie.

Statements were provided to LKP by both Bovis Homes and Countrywide (below), in correspondence that was also copied in to Housing Minister Brandon Lewis, Mr Tomlinson, Robert Buckland, the Solicitor General and MP for South Swindon, Sir Peter Bottomley and Michelle Banks, chief executive of ARMA.

It is also noted that Countrywide declined to confirm to LKP whether it had applied to join ARMA-Q, the trade body’s initiative to introduce more rigorous standards to leasehold property management. 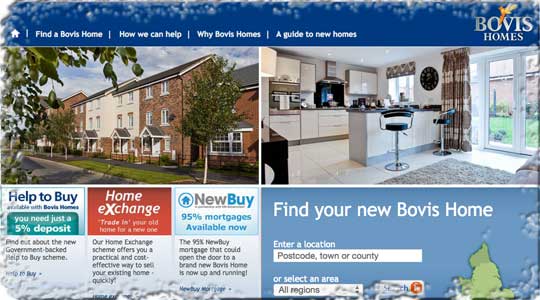 If Countrywide declines to sign up to ARMA-Q it will place it out of kilter with the rest of the leasehold property management sector.

The LKP correspondence brings to a head controversies over the handing-over of control of residents’ management companies that can date back five years.

The issue of freeholders and property managers repeatedly stalling and delaying the formation of residents’ management companies (RMCs) – which are written into the leases – was discussed at length in the LKP Commons meeting in March.

MPs present included both Mr Tomlinson and Mr Buckland, as well as Swindon managing agent Cherry Jones, who has repeatedly called for action to end the scandal.

Ms Jones, who has run Home From Home property management for 30 years, has raised the issue with Swindon council and with Mark Prisk, a former housing minister.

“Leaseholders have been frustrated from taking control of the management of their sites and barred from appointing their own choice of managing agent until all the flats in the complex had been sold, or until the development was signed-off as complete.

“Wrongly, they were told that this was because of outstanding section 106 issues concerning community contributions. If this were true, leaseholders could be tied in to the same agent for anything up to 10 years.”

Both Gillian Bridges, head of legal at Bovis Homes, and Steven Taylor, the director of law and democratic services at Swindon Borough Council, denied that outstanding section 106 issues were justification for delaying the setting up of residents’ management companies.

Justin Tomlinson said: “This could be a national issue that affects thousands of people and it makes me extremely angry that this is happening.”

In July Countrywide dismissed a “Stage 2 Complaints procedure” prompted by leaseholder Andy Webb, of The Oaks site. He sought to attend an AGM of the residents’ management company and put himself forward as a director.

Countrywide said that there were “section 106” planning conditions between Bovis Homes and the council that meant the residents’ management company was delayed.

This viewpoint is contradicted by Bovis Homes itself, as well as Swindon council.

Mr Ritchie has confirmed to LKP:

“As part of this process we are changing the managing agents from Countrywide to another managing agent. Going forward, the leasehold residents will control the management companies.”

Mr Ritchie made clear that Bovis Homes was dumping Countrywide in favour of a new, as yet unnamed property manager:

Furthermore, in reply to the question What is Bovis Homes doing to ensure that the regrettable events in Swindon are not repeated elsewhere?, Mr Ritchie replied:

“Bovis Homes is no longer appointing Countrywide as managing agent.”

Mr Ritchie emphasised that the hand-over would be happening soon.

He informed Sebastian O’Kelly, of LKP: “To my knowledge, the management companies to which you refer have been established for some time and what remains to be done is the transfer of control to the residents. This is what is happening now.”

Cherry Jones said: “This issue has gone on for years and is a total disgrace.

“Countrywide, particularly, are not allowing leaseholders to become directors and not allowing them to manage, and this is absolutely outrageous.

‘Hopefully, some progress will at last be made.”

LKP will revisit this subject and update readers – including the housing minister and MPs – of Bovis Homes’ success in ending this matter.

The full statement from Countrywide

In relation to your enquiries regarding the appointment of Countrywide Estate Management (CEM) as agents on these various sites we can confirm the following.

2/ Who is presently employing Countrywide to manage these sites? IE has the freehold ownership been transferred by Bovis Homes?

As above, our understanding is that Bovis have only transferred the freehold of the blocks, but the RMC remains with the management obligations under the lease

3/ Is there a formal management agreement in place with Countrywide at all the sites, and between which legal entities? Can this agreement be made public?

Countrywide are acting on these sites in accordance with our standard terms of business.

4/ Is there any reason Countrywide can offer why these resident management companies are not immediately established and empowered?

This is not a decision for Countrywide, we are the managing agents only.

5/ To date has Countrywide applied to join the more rigorous standards system ARMA-Q, which will shortly be a condition of membership of the Association of Residential Managing Agents?

6/ Mr Tomlinson has stated in the Commons that Countrywide is “ripping off” the leaseholders in north Swindon and deliberately withholding the right of the residents to manage themselves. Has Countrywide any public statement to make about this observation

We have no public statement to make, however we refute the statement made by Mr Tomlinson in the Commons that CEM is “ripping off” the leaseholders in North Swindon and deliberately withholding the right to the residents to manage themselves.

We would invite Mr Tomlinson to provide evidence to support these allegations, as to our knowledge this statement was said without any factual basis.

We have never discussed or had any enquiry regarding the details of the management of these sites from Mr Tomlinson, save for the reply to the complaint in July of this year which we answered in full.

If Mr Tomlinson is able to provide details of the basis upon which he is making this assertion then we can of course review this.

We always strive to provide the best service to residents.

The full statement from Bovis Homes

Thank you for your email. To my knowledge, Bovis Homes does not have a relationship with you and we are unaware of your status in respect of your representation of any of our customers. That said, I feel it is appropriate to provide some information in respect of the matters you have raised in connection with our Swindon developments.

I can confirm that we are in the process of transferring a number of Management Companies related to our Swindon developments to the leasehold residents on site. Gillian Bridges is assisting in delivering this. As part of this process we are changing the managing agents from Countrywide to another managing agent. Going forward, the leasehold residents will control the Management Companies.

With regard to your questions raised:

[LKP’s original questions are in italics]

1/ Does Bovis Homes own the freeholds of these sites?

Bovis Homes retains ownership of some of the freeholds at Swindon, however, as explained above this is not relevant to the issues being raised.

The owner of the freehold is not relevant to the issues raised.

3/ When Bovis Homes was the freeholder did it appoint Countrywide, when, and was there a management contract with Countrywide?

4/ Is it the case that any putative customer of Bovis Homes can purchase a leasehold property, in a site that supposedly is to have a residents’ management company, only to discover when the building work is completed that the freehold has been sold off and that the management company in situ is virtually unsackable?

5/ What is Bovis Homes doing to ensure that the regrettable events in Swindon are not repeated elsewhere?

Bovis Homes is no longer appointing Countrywide as managing agent.

I suggest that you allow us to complete the process of transferring the Management Companies to the leasehold residents with the new managing agent in place.

Cooee! Peverel becomes FirstPort and heading for ARMA-Q … But will it be welcome?
Next Post: Council’s section 106 is delaying the hand-over of residents’ management companies, Countrywide tells leaseholder in complaints ruling »