Donate
You are here: Home / News / Daejan v Benson: ‘on the whole good for landlords’ 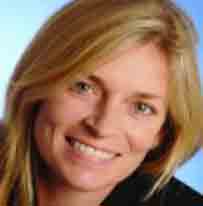 So says Natasha Rees (left), a partner at Forsters solicitors, who must get some sort of prize for stating the bleeding obvious. (And whose beauteous photograph unaccountably alone adorned the accompanying press release, although it quoted no less illustrious professional colleagues.)

“The LVT can now take a more common-sense approach. It can consider the financial implications of a landlord’s failure to consult and it can also impose conditions which will allow them to dispense with the consultation requirements,” Rees said.

“One down side of this is that it will now be a more subjective approach which may lead to more uncertainty and therefore more disputes.”

A goodish point. Any rate good enough for John de Waal, barrister with Hardwicke chambers, agreeing. He says the LVT “will now be able to take a more common-sense approach to these applications and look at the question of what really matters – has the tenant been prejudiced by the landlord’s procedural failures? – as opposed to punishing the landlord for failing to stick to the black letter law of the regulations made under the Act”.

Perhaps, John. But it is our experience that unscrupulous landlords – obviously not relevant in this case – get away with outrageous nonsense hiding behind the “black letter law of the regulations”. Look at how they stuff leaseholders over right to manage applications, where freeholders grasp at any and every minor irregularity in the application to derail the process. Or trouser insurance commissions, cheat on the works contracts, pad the service charges etc … Cultivating a crop of leaseholders is excellent business, and “black letter law” comes in mighty handy when it comes to seeing off trespassers who might threaten it.

The truth is Daejan v Benson for once gave leaseholders a lucky break on an accepted point of law … which meant a well resourced freeholder had to go all the way to the Supreme Court to put a stop to it.

Meanwhile, James Souter, partner at Speechly Bircham LLP, said the decision was “unlikely to encourage landlords to behave less responsibly as most will want to avoid the time and cost of the dispensation process”.

“The Supreme Court also made clear the Leasehold Valuation Tribunal should look sympathetically on the tenants and will, where possible, reduce the amount a landlord can recover to take account of points that might have been raised by the consultation process, had it been properly followed,” Souter added.

The rest of the press release reads … Landlords are required by the Landlord and Tenant Act 1985 and the Statutory Service Charges (Consultation Requirements)(England) Regulations 2003 to issue tenants with summary observations on work estimates, their responses to them, and notices of where they would be available for inspection.

Alternatively, they can apply to the Leasehold Valuation Tribunal for a dispensation.

Failing to comply with this requirement or obtain a dispensation means landlords may only recover up to £250 from each tenant.

… Er, or as the Supreme Court ruling makes clear, it may not mean anything of the sort.

Social landlords should not be abusing their unbalanced powers against leaseholders

Tweets by @LKPleasehold
Previous Post: « Supreme Court ruling on Daejan v Benson gives freeholders the whip-hand and is ‘a judgment that tenants might consider disappointing’
Next Post: Heirs of empty retirement leasehold flat now face doubled council taxes … on top of plummeting re-sale value, on-going service charges and an exit fee if it ever does sell »