Donate
You are here: Home / News / Lord Neuberger: what have you done, as Daejan is cited in property tribunals 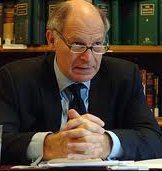 Huge problems are emerging in leasehold as a result of Lord Neuberger’s (left) Supreme Court decision in the Deajan case, which radically changed the law on s20 major works consultations.

A freeholder’s failure to consult only gives raise to any penalty if the leaseholders can show evidence of prejudice. Leaseholders must now retrospectively show that prejudice has arisen: that the costs of major works (costing more that £250 for a flat) or long-long term contracts (more than £100 per flat) are unreasonable and that an alternative option should reasonably have been chosen.

It is not clear if Lord Neuberger has realised that asking a builder to go back and give a complicated quote for major works which have already been completed and for which they may not have the detailed specification could be a little difficult.

Unwittingly, Lord Neuberger seems to have written a blank cheque for the return of some of the industry’s worst practices, allowing bad freeholders to get away with overcharging and only having to pay back if they get caught and if the leaseholder can now go on to prove they have been unreasonably charged.

It is no understatement to say that the whole sector from landlords through to managing agents and to leaseholders is predicting chaos.

A number of LVT cases are emerging where a s20 consultation failure(s) are being excused.

One of the transitional cases is Wilson v Berrido, which started with Deajan at the appeal court stage and concluded with a refused appeal to the Upper Tribunal,  which considered Deajan after the Supreme Court ruling.

In refusing permission to appeal the new president of the Upper Tribunal Sir Keith Lindblom concludes in case no LRX/15/2013:

“The tribunal took into account the decision of the Court of Appeal in Daejan Investments Limited v Benson and others [2011] EWCA Civ 38 (ibid.). I have considered whether its decision is consistent with the conclusions of the Supreme Court in that case ([2013] UKSC 14), and I am satisfied that it is.”

Quite how an appeal court ruling decided in one direction and then overridden by the Supreme Court facing in the other decision can both be considered as correct in the same case is not clear.

Another decision where Deajan causes problems is the retirement home Leasehold Valuation Tribunal case of John Payne and others v Wyndham Housing Association.

The Leasehold Valuation Tribunal was put in the very difficult position of being obliged to follow Deajan, even though there would have been no reason for the leaseholders to include evidence of prejudice in their original submission.

Fortunately, the pensioners had sufficient evidence in the bundle to support their argument of unreasonable costs on a couple of the s20 matters.

In the past, Lord Neuberger has argued that bad statute leads to the generally undesirable position of judge-made law. But that is exactly what we now have.

Deajan seems to be a case of what the whole sector now sees as undesirable judge-made law.

Freeholders and leasehold professionals are deluging Whitehall that primary legislation needs to be considered to undo Lord Neuberger’s handiwork. Housing Minister Mark Prisk will no doubt be asking his civil servants what options he has.

As the result of the Deajan case, we would emphasise to all leaseholders that when bringing a s20 consultation case, or disputing the landlords request for dispensation under s20ZA, you must show evidence of prejudice i.e that the costs are unreasonably high or the quality unreasonably low.

Daejan v Benson: ‘on the whole good for landlords’

Lord Best: You wanted to hear what homeowners think about property management, so here is 22,000 words!

Retirement housebuilders will only reform when they are forced to do so, Lord Best tells property conference

Squirrels in roofs cause fires, so why is nothing being done, ask couple in Peverel block
Next Post: Tchenguiz: is this the end?