Donate
You are here: Home / Tribunal triumphs ... and defeats / Rendall and Rittner managing agent who stole £122,000 for a ‘Made in Chelsea’ lifestyle 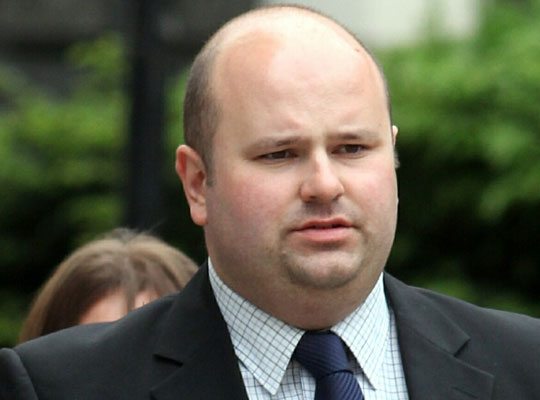 The case of Simon van Houten, 31, is a cautionary tale of a rogue managing agent making free with leasehold owners’ funds.

Van Houten, 31, was given a 30-month prison sentence at the Old Bailey in July 2012 after pleading guilty to stealing £122,000 from leasehold service charge accounts held by London managing agent Rendall and Rittner.

Van Houten carried out the fraud for two years between 2008 and 2010 by issuing invoices for a bogus maintenance company, “London Decorating Services”, which he subsequently approved and paid.

Thirty payments were made with amounts varying from £2,100 to £7,300. VAT was also added, with Van Houten using the VAT number he had lifted from a legitimate company.

By plundering the accounts of 1,400 units under his management in east London, Van Houten was able to live the high life, “beyond his means”, in Chelsea. Although the fraudster did not use the cash for any single large purchase, none of the money has been recovered.

The Old Bailey was told that suspicions were roused when it was discovered that Van Houten was not a qualified Member of the Institute of Residential Property Managers, as he claimed.

The Leasehold Knowledge Partnership has already reported that this information was revealed to Rendall and Rittner in August 2010 by Susan Stuckey, a leaseholder at the Mill Quay Estate, in east London.

In October Van Houten left the company after being confronted by director Duncan Rendall about the invoices, none of which were approved by other members of the firm. The fraudster was subsequently arrested in January 2011.

Rendall and Rittner has reimbursed the funds plundered from the accounts.

“This was a serious fraud,” said Recorder Sir Geoffrey Nice, QC, who noted that Van Houten effectively tripled his £42,000 salary during the two years of his crime.

“The ultimate victims were tenants of the buildings you managed where you syphoned off the funds. This loss has been shouldered by your employer, although it may be covered by insurance, but we do not know.

“For more than two years you were prepared to expose tenants to the loss of £60,000 a year,” said Sir Geoffrey, who is celebrated for prosecuting former Yugoslavian premier Slobodan Milošević at The Hague war crimes trial. “You did this to live an expensive lifestyle in West London, although I note that all the testimonials to your character are from the eastern part of the city.”

Van Houten, a parish councillor at Paglesham near Southend, offered little in mitigation beyond his involvement in community events in Essex, which included volunteering to paint the local pub.

Van Houten is to serve 15 months in prison and 15 months on release under licence.

Both Duncan Rendall and Matt Rittner, the directors of the firm were in the public gallery to hear the sentence, as were Susan Stuckey and other Rendall and Rittner leaseholders.

Members of Van Houten’s family wept after the sentence was read out.

Outside the court, Stuckey said: “It is now up to Rendall and Rittner to demonstrate what steps it will take to prevent this crime from happening again.”

Rogue managing agent, who stole £122,000, claimed to be MIRPM qualified … and helped colleagues pass the exams