Donate
You are here: Home / News / FirstPort / FirstPort backs down over demanding £10,808 from leaseholder … and she is not staying silent either 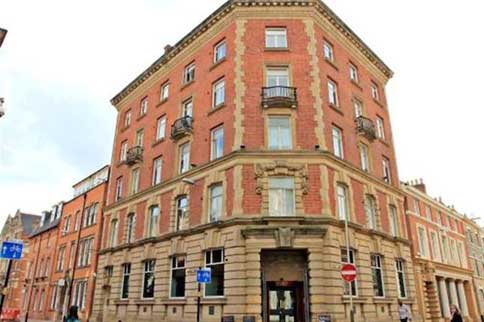 A leaseholder at Phoenix House in Leicester has fought off demands for £10,808.60 from Peverel / FirstPort, represented by the debt-collecting solicitors JB Leitch.

Jacqueline Henderson has been in dispute over service charges since 2010, which she claims are erroneous.

After attempting to obtain the money for some time, FirstPort then threw in the towel and suggested that Ms Henderson sign a Tomlin agreement and confidentiality clause.

The precise background to the dispute is unknown, but not Ms Henderson’s feelings on the matter.

A recent reply to FirstPort rejecting its suggestion to countersign a letter closing the matter reads:

“How dare you suggest that I’m disadvantages other leaseholders.

“I have won over £40,000 applied through either individual accounts or development bank account.”

“You have done your best to bully me by taking me to court and sign a Tomlin order. I refused.

“You then said you will write off full balance if all my existing claims or concerns are written off. I refused. Your suggestion of me taking legal action I have taken on board

“I have some advice also: are you sure that JB Leitch are the correct team to take anyone to court?”

A letter from Jonathan Astle, a regional director, reads:

“After repeated attempts by our solicitors to encourage repayment of these debts, we sadly felt our only remaining option was to institute recovery proceedings in court. However, with input from the landlord, it was then decided to try to settle matters directly with you in the best interests of all involved, including the other leaseholders.

“I am hugely disappointed that you have not yet accepted this offer, which would have allowed us all to move forwards in focusing wholly on the needs of the development and its residents, which is what we think matters most. The solicitors sought your acceptance of a standard agreement in such matters, which I understand you are still refusing to sign.

“This situation clearly cannot persist as it is disadvantaging everyone involved, not least the other residents. As a gesture of goodwill so that we can now all move forwards more positively, I have decided on the following course of action as our final position on this matter.

“We will write-off the full current balance of £10,808.60 from your account on the basis that you accept this offer in full and final settlement of all of your existing concerns and that you will ensure that all future service charge dues will be paid in full by the due date.

“This offer is given without prejudice and is non-negotiable to draw this long standing dispute to a suitable close.

In addition, FirstPort sent the following statement to LKP:

“The scale of Ms Henderson’s debts have put a considerable strain on the development’s finances, and following a fresh review by our new Chief Executive and Chairman, we concluded the legal costs of pursuing the matter further would add an unacceptable financial burden to the other leaseholders.

“We have also spent the last four years repeatedly going over Ms Henderson’s concerns, and have reached the conclusion she is so entrenched that she will not accept our position no matter how much evidence is presented to her.

“With this in mind, we feel the best course of action for the development and its leaseholders is to draw this dispute to a conclusion by writing off her arrears as a bad debt.

Tchenguiz backs down over demanding £5,000 from couple … for a conservatory built more than 20 years ago!

BBC told Charity Commission should stop dawdling over recognition of LKP
Next Post: Dudley Joiner: Not relevant that I was disqualified from being a company director for 7 years