Donate
You are here: Home / News / ARMA / Michelle Banks steps down at ARMA 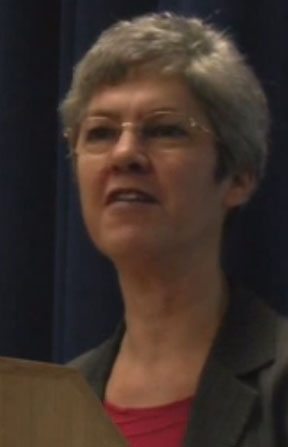 Michelle Banks, the ARMA chief executive, is to step down in July.

“ … sadly I have to announce that Michelle Banks will not be joining us in this next phase [of ARMA-Q] having taken the decision to join her husband in retirement.

“Michelle will be standing down from her position as CEO of ARMA in July this year.”

Roger Southam, chairman of LEASE, issued a statement: “It was a surprise to see Michelle retiring and she will be missed.

“In her short tenure she has seen ARMA move forward and her successor has a well laid course to build on and grow. We wish her well in whatever she goes on to do.”

In fact, Banks had been looking increasingly uncomfortable in her role for some months.

The roll-out of ARMA-Q has weighed heavily, and LKP has reported the dissatisfaction of ARMA members.

For the first three months of this year, ARMA would not even confirm who its members were.

Dismayed at the uncertainties over ARMA-Q – which LKP has consistently praised – we criticised ARMA for an absence of coherent leadership.

Nonetheless, we regret the departure of Banks, a former DCLG civil servant, who we believe brought authority and integrity to this organisation.

Her appointment, and that of former Labour housing minister Keith Hill as the ARMA regulator, were indications that the property management industry was serious about sorting itself out.

That would not have been possible with the appointment of a property management insider, or one of the sector’s over abundant lawyers with no record of serving the greater good whatsoever.

Even the unfortunate delays with ARMA-Q – the admin of which has obviously taken far longer than Banks anticipated –had a positive narrative: it is being done slowly but thoroughly.

The loss of 20-30 per cent of the ARMA membership who either won’t or cannot satisfy the criteria of ARMA-Q is also no great loss.

Indeed, it should be seen as an endorsement of ARMA being serious and robust.

The fact that some of the largest property management companies in the country – not one large through leaseholder choice, of course – have decided that they cannot join ARMA-Q sends the strongest conceivable message to government.

The leasehold management sector is incapable of effective self-regulation.

Property managers and the freeholders who appoint them have too much power and control over other people’s money and are simply not going to let this go.

Frankly, those companies serious about seeing a cleaner leasehold sector should be delighted to see the back of bad apples even if revenues for their trade body plummet as a result.

On the other hand, sorting out a squabbling trade body made up of commercial rivals is perhaps a thankless task and life is short.

We have considerable sympathy with Banks for taking the decision to pack it in.

We are very pleased with the positive response to accreditation from the vast majority of members. Although there are still some cases to be completed, we can say now that we have a strong and healthy basis on which to take ARMA forward as an organisation.

We are considering the best strategy for staffing the Secretariat in this new era for ARMA but sadly I have to announce that Michelle Banks will not be joining us in this next phase having taken the decision to join her husband in retirement. Michelle will be standing down from her position as CEO of ARMA in July this year.

We have been very fortunate to have the benefit of Michelle’s skills, experience and intellect over the last three years. ARMA-Q has been successfully delivered and Michelle has led ARMA’s transition from a trade body to into a professional organisation taking an active lead on raising standards, and has done important work in raising our profile within the sector.

I am sure you will join me in extending our sincere thanks to Michelle for her commitment to ARMA, and our very best wishes to her and her husband for a long and happy retirement.

Cirrus isn’t an ARMA member so we have nothing to say about the price-fixing scandal, says Michelle Banks

We save money living at Woodchester Valley Village … but then we do all own it ourselves
Next Post: Freehold sale withdrawn at Discovery Docklands East – once the residents were all set to buy