Donate
You are here: Home / News / ARMA / 20% of ARMA members ‘walk out over new ethical scheme’

… and if ARMA’s Twitter feed is to be believed, two-thirds of the membership has dropped out 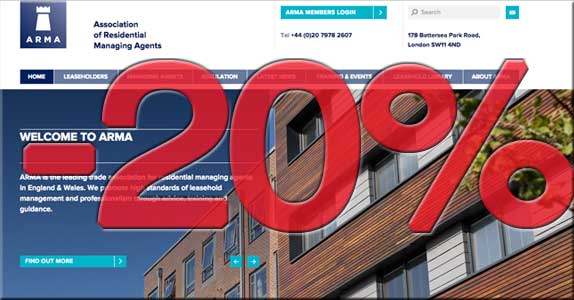 At least of a fifth of the membership of ARMA has ditched the trade association that on January 1 brought in more rigorous membership criteria.

This is the figure reported by ARMA insiders, although many think the fall-off could be far higher.

Although the more rigorous ARMA-Q regime, which was three years in preparation, came into force on January 1, ARMA has repeatedly refused to indicate which companies are members of the organisation.

The only data on membership comes from the ARMA Twitter feed congratulating qualifying companies.

Just over 100 companies have been mentioned since November, which would indicate a catastrophic two-thirds collapse in membership.

This is not likely to be an accurate indication, however.

Three companies – all LKP members, in fact – have not been congratulated, but are members of ARMA-Q. There are likely to be many more.

Congratulatory Tweets are an unorthodox way of announcing membership of an important trade body, but so far this is the only data ARMA has provided.

LKP has repeatedly asked ARMA for a statement on its membership, but receives no reply.

“ARMA is just a shambles,” said one senior property manager. “Preparations for ARMA-Q had been going on for years. It set the January 1 deadline and it should stick to it.

“It is very unsatisfactory to leaseholders and ARMA members that we simply do not know who is a member of the trade body at present.

“ARMA-Q should have been presented as a new dawn for property management.

“How is that going to happen if we make a limp announcement at some point in the future? June has been mentioned.”

The policy of ARMA appears to be to keep quiet and hope more property managers sign up over the year.

Today, Sebastian O’Kelly, of LKP, has written to Michelle Banks, CEO of ARMA, again asking for the membership of the organisation to be made public.

“How are those aims fulfilled by declining to state who are members of your organisation? …

“Both LKP and ARMA advocate statutory regulation of leasehold property managers to protect the vast amounts of other people’s money (up to £3.5bn according to the Competition and Markets Authority) that they control.

“If ARMA has lost a considerable number of its members because of its more rigorous ARMA-Q efforts at self-regulation, it could not have made the point more clearly.”

LKP has informed ARMA of one company that was still claiming to be a member, even though it declined to apply for ARMA-Q accreditation by the January 1 deadline.

LKP is also dismayed that ARMA would not clarify the position of Countrywide, the second largest leasehold management company in charge of 100,000 flats.

It declined to apply for ARMA-Q accreditation and therefore was no longer an ARMA member from January 1.

This was a company that had been accused of “ripping off” leaseholders by Justin Tomlinson MP in the Commons on October 22 2014 (Hansard October 22 Column 269) and was sacked from all its sites by Bovis Homes.

It was surely of legitimate public interest to know whether it was still a member of ARMA, or not.

ARMA repeatedly declined to address this, and it was left to LKP to make the issue public.

Now that the DCLG has accepted the figure of 4.1 million leasehold properties, it is clear that ARMA membership, even at its peak, only managed less than a quarter of the leasehold market.