Donate
You are here: Home / News / ARMA / ARMA membership … Find out on Twitter!

In piecemeal fashion, ARMA is announcing companies that have signed-up to the new regulatory regime ARMA-Q on Twitter.

These are the new criteria for membership of the trade body.

The decision marks an abrupt reversal of a decision last week by Michelle Banks, the CEO, to announce the accredited companies in February once all applications had been processed.

On January 14 she informed LKP: “At present we are not in a position to confirm the status of individual companies …

“Once all applications have been processed we will be publishing a list of all members who have achieved accreditation.”

Now, the information is appearing on ARMA’s Twitter feed.

Mrs Banks has repeatedly refused to confirm to LKP  whether specific companies have not applied to the new regulatory regime. The biggest question mark concerns Countrywide, which manages 100,000 flats.

Countrywide’s website claims that it is still a member of ARMA, which it isn’t if it did not apply for ARMA-Q.

The publicly quoted and diverse property group is not prompt at responding to questions, and their PR did not know whether it was a member of ARMA or not, or indeed know what ARMA was.

ARMA’s handling of this matter is confused.

Directors of right to manage companies or residents’ management companies who need to appoint a property manager won’t have a clue whether companies are an ARMA member or not – unless they follow Twitter.

Applications to ARMA-Q have been extraordinarily protracted and some companies announced their membership – such as HML Group plc – months ago.

“Back in November only half the ARMA membership had applied to ARMA-Q,” says one insider.

“At most, I reckon three-quarters of members will sign up.

“The delay to announcing ARMA membership is not dealing with processing applications: they are hitting the phones to try to get more to sign up.

“The problem is that the conditions of ARMA-Q are quite onerous and impossible for many large companies. The additional expense is also putting companies off.

“The current confusion, with no one knowing who is in and who is out, is of no benefit to the public at all.”

The latest company to be announced as an ARMA-Q member is Y and Y Management, which very helpfully confirmed to LKP its membership on January 13.

Meanwhile, here is the list of pre-January 1 members presented on the ARMA website. When ARMA decides to publish its list of members, you will see who has been culled. Click on images to enlarge: 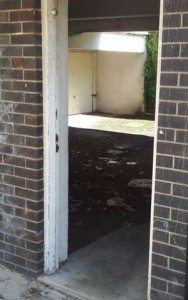 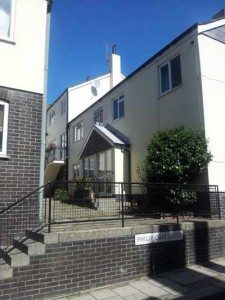 Now we are told Countrywide is STILL an ARMA member … well, until February 1

London LEASE conference on February 4
Next Post: Countrywide Estate Management is OUT of ARMA