A ruling affecting perhaps two million owners of short-term leases – those flats under 80 years – was made in the Upper Tribunal of the property chamber last month (May 10).

This undermines the existing models used to calculate lease extensions and enfranchisement – acknowledged to be flawed – that have seen leaseholders pay millions of additional pounds to freeholders.

“This is the biggest scandal of the leasehold world,” says chartered surveyor James Wyatt, of Parthenia Valuations, who brought the case forward.

Wyatt is challenging the so-called “relativity graphs” that set the value of short leases relative to the freehold. The lower the notional value of the leases, the more owners must pay to compensate freeholders for a lease extension or to buy the freehold.

The failure of the court action is being seen as a disastrous set-back for flat owners and a boost to some of the richest freeholders in the country.

Louie Burns, of Leasehold Solutions, says that the case will see “the biggest transfer of wealth from leaseholders to freeholders since 1066”.

Indeed, in the last two weeks the position of leaseholders has become worse than it was before the case was heard as Savills has produced an updated and even more unfavourable “relativity graph” than the one that existed before. (See the Savills graph below)

With millions at stake, the case (in full below) saw leading landlord and tenant lawyers jousting in the upper tribunal.

Now it is likely to head on to the Court of Appeal and, quite possibly, the Supreme Court after that. It is an argument that will be smouldering away for years to come. 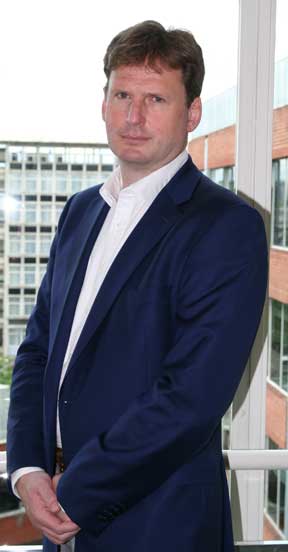 The case arose as a result of Mr Wyatt, a former head of valuations for estate agent John D Wood, deciding to subject the “relativity graphs” used in leasehold to exacting mathematical scrutiny.

“I was always perplexed why there was such an issue over relativity,” he says. “The market evidence was there for a robust mathematical model and all it needed was somebody to spend the time to analyse it.”

As a result, he set up Parthenia – which means virgin in Greek – and worked with two mathematicians to come up with an unsullied, scientific methodology to value short leases.

He received backing from Dr Philippe Bracke, of the London School of Economics and now with the Bank of England, and research student Ted Pinchbeck, whose study of leasehold values and how to reform it forms the basis of his PhD.

The mathematics of Parthenia are further explained here

For the past two decades, chartered surveyors and the courts have accepted the validity of the relativity graph of Gerald Eve property consultants, who were commissioned in 1996 by the Grovesnor estate of the Duke of Westminster.

“Everyone thought there was market evidence behind it, but when our case came before the tribunal it emerged that there was none,” says Mr Wyatt.

“The graph was really just a subjective, hand-drawn line based on surveyors’ opinion of settlements for lease extensions and purchases, which were not necessarily agreed with by the surveyors acting for the other side.”

When the owners of three flats in prime central London came to Mr Wyatt to challenge the costs of extending their leases, it provided the opportunity to offer the Parthenia hedonic regression model to the approval of the property tribunal.

Two of the properties were Chelsea flats where the freeholder was the aristocratic Sloane Stanley estate: one involved a lease extension costing £420,000; the other £37,000.

A third flat was in Cranley Gardens, in South Kensington / Fulham, where the cost was £200,000 and the freeholder was the charity the Wellcome Trust.

The result was an epic, nine-day legal show down in the Upper Tribunal in late January and early February, with the ruling coming through last month.

But this was nothing compared to the other side. The Wellcome Trust was particularly nervy at this assault on its revenue streams, pointing out – irrelevantly – that the millions it receives from residential leasehold pay for cancer research.

The landlords also summoned up mathematical muscle in the form of Professor Colin Lizieri, Grosvenor Professor of Real Estate Finance at Cambridge University, and Professor Bryan MacGregor, of Aberdeen University.

However, both sides bore their own legal costs.

The Gerald Eve graph that has been the “anchor of the sector” went up in a puff of smoke.

“In our view, the graph was to a large degree based upon subjective, albeit informed, opinion directed to the particular requirement of the Grosvenor Estate to espouse what it considered to be ‘defensible’ relativities,” the tribunal ruled.

“Its predominant use in the market does not seem to us to depend upon the robustness of its methodology or its pre-eminence as a graph; rather it is due to its being the first of its kind and the most familiar to practitioners.”

“We accept that the GE [Gerald Eve] graph has had a very significant effect on settlements.”

The data is therefore untainted by the effects of the Leasehold Reform, Housing and Urban Development Act 1993, which conferred rights to extend your lease or buy your freehold.

This data also pre-dated the use of the flawed Gerald Eve relativity graph that has been accepted by the sector for 20 years. As a result, all decisions in the period are wrongly weighted by it, it is argued.

But as well as acknowledging flaws in the Gerald Eve graph, the tribunal rejected the Parthenia model as “a clock that strikes 13”.

Its lease valuations, on the basis of which lease extensions would be paid, were higher than the market price actually paid for the flat.

So a flat that cost a buyer £2 million, should be valued at £2.3 million for the purpose of lease extension by Parthenia.

The tribunal did not agree.

“The [Parthenia] cannot be used as a reliable time piece and we do not consider that we have any alternative to rejecting the use of the Parthenia model.”

But the problem here is that all short term leasehold is valued, and sold, according to the flawed existing relativity graphs: the £2 million flat should have cost £2.3 million had the graphs been mathematically robust.

Obviously, the buyer of the property will have saved £300,000 on the deal, which would mitigate his losses for a lease extension. But the seller has lost out irrevocably.

Mr Wyatt said of the result: “Freeholders are absolutely cock-a-hoop with this decision. They could not have asked for anything more.

“The fundamental problem here is that everyone with the resources to develop a relativity graph – except us – works for the large freehold owning estates.”

In the last 10 days, Savills has put out a modernised relativity graph, which like Parthenia uses hedonic regression but applies its model to the data from 2010-2015.

But as lease extension costs here were made on the basis of the flawed methodology of the Gerald Eve relativity graph the figures are skewed, Mr Wyatt argues.

The result is even more imbalance, and the Savills graph is coming in lower than Gerald Eve’s!

So leaseholders are now worse off than had the case not been brought.

Mr Wyatt said: “I had to see a flat owner on Monday and tell him that the freeholder instead of demanding £1.9 million plans for an extension to his two flats, was now demanding £2.3 million.”

In other words, the legal challenge by Parthenia to the status quo is going to cost this gentleman £400,000.

“I have another one in Marylebone who was looking at a lease extension of £150,000, but it is now £240,000 under the Savills relativity graph. This transference of wealth is really a scandal.

“But then he seems to have shrugged his shoulders and said: ‘But, you know, that is where the market is.’

“It is a state of affairs that is a scandal.”