A group of 120 leaseholders in Brighton have failed in their bid to win “right to manage” and have been left with a legal bill of more than £30,000.

The RTM company set up at Kingsmere, a Seventies building on the London Road in Brighton, has only £800 left in the accounts and faces going into administration.

“We have been completely let down by lawyers and by the Leasehold Valuation Tribunal process,” says John Deacon, chairman of the residents’ association and the RTM company.

“Going for RTM is a ‘no fault’ process and should have been simple. Instead, this has been an utter fiasco and a whole load of ordinary leaseholders have been left with a massive legal bill.” 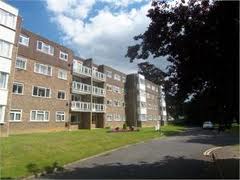 Deacon claims that Kingsmere’s residents will have to pay approximately £14,000-16,000 for their own costs, and another £17,000 on behalf of the landlord.

Kingsmere is divided into four blocks and includes communal gardens and garages. The site is managed by Parsons Son & Basley for the freeholder Anstone Properties.

In April last year some residents set up an RTM company, and in three buildings there was an eagerness to opt for RTM, with notices served on July 20.

The fourth building delayed and only achieved a majority for RTM, serving notice on September 9.

This 49-day gap between the dates has sunk Kingsmere’s attempts to win RTM.

The landlord contested the RTM, barristers were engaged by both sides and the LVT heard the case last February.

The case turned on whether the residents’ company had the right to RTM for the four sites as only three blocks had elected for RTM at the same time. And as the application did not specify RTM for any less than the whole site, the residents got nothing at all.

“Everyone here feels very frustrated and bitter,” says Deacon. “It is very likely the RTM company will go into administration.”

The leaseholders’ solicitors JPC Law were contacted, but declined to comment.

Corrie and footie stars may face £100,000 bill in epic battle to win right to manage at No.1 Deansgate