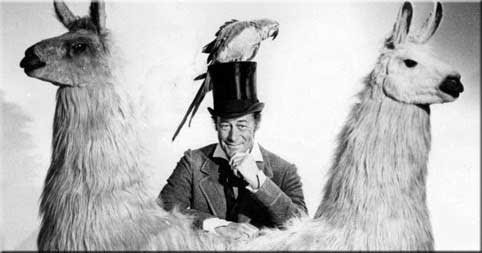 Leaseholders in multiple blocks who have obtained right to manage have been in a state of uncertainty ever since the 2015 Triplerose decision of the Court of Appeal.

It ruled that RTM applications – not necessarily existing RTMs established following tribunal rulings – would no longer apply to sites with multiple, separate blocks of flats. The ruling can be read HERE.

LKP’s advice for existing multi-block sites with right to manage was to do nothing at all.

But companies selling services to leaseholders were more eager to confront the issue.

Dudley Joiner, of the so-called Right To Manage Federation – which is not a federation but a company limited by guarantee of which Mr Joiner is the sole director –has now taken the issue to tribunal and proclaimed that this decision is vindicated.

The RTMF – or rather, RTMF Services Limited, a private limited company of which Mr Joiner is the sole shareholder – has acted as representative of two RTM sites in the tribunal. But the rulings point in entirely different directions.

The freeholder in both cases – the Tchenguiz interests – seems to have argued there was no need for a case at all. So why have the leaseholders employing Mr Joiner’s services made life so complicated?

Most landlords and most managing agents been content to leave things as they are for existing multi-block RTM sites. Mr Joiner’s companies have taken a different view, sending out ominous warnings to RTM directors saying  “Your RTM Company may be illegal”.

Part of the argument for action seems to have been advice from the Leasehold Advisory Service that “doing nothing is not an option”. This prompted the intervention of LKP which persuaded LEASE to make clear that there was little or no need for action:

LEASE: don’t do anything about Triplerose and multi-block RTM

Nonetheless, Mr Joiner has persisted in his views on Triplerose and has persuaded at least two groups of leaseholders to act. He now claims his decision is entirely vindicated by the recent decision of May 23 of St Pauls Court v Proxima (GR) Properties Ltd and Balfour Homes Management Ltd. It can be read on the RTMF website here

However, this is perhaps not quite the whole picture.

Omitted from the RTMF article is that RTMF Services Limited lost a second case on February 23 concerning Williams Court (1-15 & 2-14)  RTM LTD v Fairhold Ltd. This case was subject to an oral hearing where Judge Jackson went so far as to conclude: “We find the submissions made by Mr Joiner as to the combined effects of  Triplerose and In re Spectrum Plus to be wholly misconceived.”

[In re Spectrum Plus is a 2005 case that Mr Joiner cited to support his case that Triplerose had retrospective effect.]

The ruling on Williams Court can be read here

What can also be seen in the decision that the freeholder respondent – Tchenguiz represented by Estates and Management Ltd – saw no need to bring the case.

Not only did the freeholder not object to the single RTM company continuing, its representative was described as having been “beyond reproach” in her actions.

Keen followers of the Tchenguiz interests will appreciate that it is almost unique for them to be praised in this way.

But the comments beg the question of why Mr Joiner felt the need to bring the case and why he felt there was a need for an oral hearing. Presumably the leaseholders have had to fund this failed hearing, although they can be consoled by the fact that they now return to their previous position of a single RTM company working across multiple blocks at Williams Court, which is in Stafford.

The ruling at St Pauls Court, in Tunbridge Wells, which Mr Joiner now claims “vindicates” his position, can be read in full here

This is a written ruling by Judge Paul Letman. Again, the Tchenguiz interests argued that the RTM should remain as it is.

Readers may choose to assess Judge Letman’s skill in considering the issues and reaching a diametrically opposing view to one so recently reached in a oral hearing. Readers may also ponder the “serious consequences” suggested in the Williams case, which Judge Letman addresses at para 41 before leaving the issue in limbo.

So, now we have two lower tribunal decisions facing in opposite directions with leaseholders no further forward on the consequences of the Triplerose case.

Mr Joiner asserts that Mr Letman’s decision shows that the only exception for the need for multiple RTM companies on existing multi-block RTM sites is in the circumstance of a tribunal decision. But this is speculation on his part.

As a lower tribunal decision, it may have no impact of future tribunal decisions. They each have as much right as Judge Letman did to ignore previous decisions. As Judge Letman points out at para 43 “with great respect to the members of the tribunal” in the Williams case he is entitled to reach an entirely  different decision even when the first tribunal’s oral hearing had gone so far as to concluded some of Mr Joiner’s key arguments as “wholly misconceived”.

The only people to suffer from the farce of tribunals deciding in this way are the leaseholders.

Mr Joiner has taken two cases to tribunal, where the landlord seems to have indicated he is happy with the status quo to continue.

Mr Joiner may feel himself vindicated, but leaseholders face another can of worms thanks to those issues left in limbo by Judge Letman that now apply in the St Pauls case.

These cases raise a number of important issues.

LEASE: don’t do anything about Triplerose and multi-block RTM