Donate
You are here: Home / Latest News / Sajid Javid does not like regulation. What about micro management like Help To Buy? 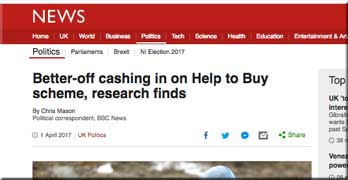 Is there any better – that is, worse – example of the pointlessness of government attempting to micro-manage the housing market than the Help To Buy scheme?

It now emerges that just over half those who have received taxpayers’ money to help them buy a home under a government scheme did not need it, according to DCLG research.

About 4,000 households in England earning more than £100,000 annually are in the Help To Buy equity loan scheme.

Only 81 per cent of buyers in the Help To Buy scheme are first time buyers.

Taxpayers have given a huge public subsidy to housebuilders – and offshore ground rent investors – with £4.6 billion worth of equity loans. This commitment is set to rise to £8.6 billion until 2021.

The result of this is a surge in new-build house sales, thanks to this taxpayer stimulus.

Share prices of the housebuilders have soared, and the chief executives cannot believe their luck as they force through lavish pay packets that – to be strictly honest – are not really rewards for their wealth creating genius. 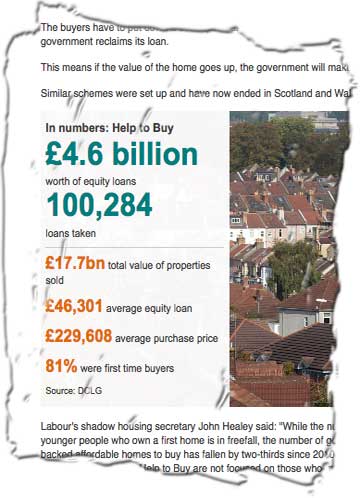 The last example of this is Stephen Stone, at Crest Nicholson, getting £812,000, on top of a salary of £541,000, even though shareholders rejected the bonus.

The rewards of the Taylor Wimpey and Persimmon CEOs will become clear at AGMs later this month.

Taxpayers’ money has also flowed into the coffers of ground rent investors.

Housebuilders thought it was a great idea to increase ground rents and other revenues in leases.

For the past five years, they even got away with creating 40,000 leasehold houses – which since last October LKP has managed to turn into a national scandal.

Sajid Javid, the Secretary of State at DCLG, rightly calls these terms “feudal”, but then – as a fervent free-enterprise believer – deplores regulation.

Leaving aside regulation for a moment, what does he have to say about inept public subsidy such as Help To Buy?

More than 20,000 households are not first-time buyers.

We have thousands of leasehold homeowners – whether of houses or flats – saying their properties are unsellable because of predatory ground rent terms.

That’s on top of the existing exploitative practices leaseholders face with this dreadful form of property tenure.