Donate
You are here: Home / Latest News / Why has it taken so long to regulate the leasehold sector?

For over a decade successive Housing Ministers and Secretaries of State have been assured by civil servants that leasehold legislation was balanced, and that self-regulation in the leasehold sector was working well.

That position abruptly ended earlier this year when Secretary of State Sajid Javid announced that the government now intended to crack down on unfair leasehold practices. This fundamental change of view was set out again on 18th October when he further announced a call for evidence on the regulation of managing agents.

Many have been kind enough to credit at this change of attitude to the long-standing work of LKP. However, history is being rewritten as we speak. Those who have been silent over the years have suddenly remembered they had somehow always led the call for change.

The call for evidence on the regulation of managing agents concludes on Wednesday 29th November, so please make sure you respond.

The online response can be made here:

The consultation can be found here:

LKP has concerns that some of the sector’s darker siren voices have had an input to the consultation, but the general view from the sector seems very positive.

LKP have been repeatedly warning officials and Minsters about the lack of proper regulation for many years. Regrettably, for most of this time this has fallen on deaf ears.

We have not been alone in demanding change. In 2012 the Greater London Authority looked at the leasehold sector and pointed to the need for regulation:

The GLA noted that Housing Minister Grant Shapps had stated:

“we have considered the issue of regulation in the leasehold management sector and believe that the current legislative framework can deliver that balance, if matched by an increasingly pro-active and positive approach by the professionals in the sector”

Grant Shapps has never been regarded as the most capable of Housing Ministers, but officials would have drafted his comments. At the time, the senior responsible official made clear to LKP her view was that the leasehold sector was balanced, there was no need for any further regulation and adequate protections were available to leaseholders. Our notes of meetings at the time show the officials view was that there was no requirement to make improvements to all those matters forming part of the sectors unfair practices.

In 2014, the Competition and Market Authority also looked at the sector. Again they seem to have been strongly persuaded by DCLG not to suggest formal regulation. The CMA report states:

“We were also mindful that in the short term recommendations for statutory regulation were unlikely to be accepted by Government and so would not be implemented.”

As has happened so often in the past the sector’s darker vested interests persuaded the CMA to ignore the evidence of failings in the sector and propose only a limited set of recommendations. Even some of these recommendations have yet to be implemented (e.g. s20 review) while others seem little more than tokenistic (e.g. a sheet of paper describing how to be a leaseholder). Others, such as the legislation to limit costs in the social sector, have almost totally failed.

The Leasehold and Commonhold Reform APPG has already clearly called for regulation of managing agents, and Mayor Khan makes clear this is a central pillar in his proposed housing strategy for London calling for the “statutory regulation of residential managing agents”.

By the summer of 2010 the government had made clear it was not going to regulate the sector. However, the sector itself did not agree with this view and was left with no option but to try to implement at least some form of self-regulation.

That self-regulation took two forms: regulation of managing agents and the regulation of accounting information. All we can say is that some agents have improved but others have not. For example, some follow the accounting standards agreed by the Institute of Chartered Accountants England and Wales in 2011 Tech 03/11. Others choose not to do so but do not face any penalty and the Tribunal has been almost supine in its lack of criticism of poor accounting practices.

The net result of accounting self-regulation is that we have standards which range from leaseholders waiting 5 years to get a vague and inaccurate summary of their expenditure unsigned by an accoutant, to others who now receive detailed records within 6 months of the year-end.

ARMA-Q has been the sector’s main attempt at self-regulation of managing agents and even that has now faced major problems. More than 20% of ARMA members have chosen to remove themselves from the self-regulation systems by ceasing to be ARMA members. Those who leave also face no particular penalty. They may even find it provides them with a commercial advantage. Since they pay no fees to ARMA and are not required to pay for an ARMA audit they will operate with marginally lower costs so can potentially out compete those who stay in the scheme.

By any form of measure the market is broken, as SoS Javid makes clear. The problem is it has been broken for years and someone should be asking the question: why have so many officials claimed to so many Ministers that it was not?

Leaseholders rightly criticise the trade bodies for not doing enough to control their members, but as ex Chancellor Geoffrey Howe said “It’s rather like sending our opening batsmen t 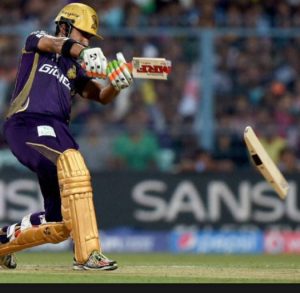 o the crease only for them to find that before the first ball is bowled, their bats have been broken by the team captain.”

The “Captains” in this case seems to be the civil servants, who have been telling Ministers for years that self-regulation works even though they have no evidence for such a claim. They also failed to give the self regulation system any powers to build a bat. Those who choose to be regulated face higher costs than those who sit outside the various regulatory systems. Those who need the most regulation choose to be the least regulated.

The claim, which has often been made in the past, is that statutory regulation adds to government costs. Again, there is no evidence this would be the case. In Australia the government makes a profit from licencing its agents.

We would ask, why has it taken so long for a Secretary of State to be told the truth that “Literally anyone can put on a suit, order some business cards, and call themselves a managing agent”.

Perhaps the Secretary of State will notice a pattern? Just as too many managing agents have been allowed to “cut corners in order to line their pockets”, the developers have been allowed to sell homes with onerous lease terms. To borrow some of Mr Javid’s words this might best be described as a “tosh up”

LKP had been raising both these issues for many years. When we last raised the matter of leasehold houses in a meeting with Minister Lewis in 2015 we were told that afterwards the civil servants strongly assured the Minister that there wasn’t a problem.

As well as focusing on the problems caused by civil servants, the spotlight should also fall on the government-funded body LEASE. They have been paid the equivalent of approximately £24 million over the years. Not only has LEASE stayed utterly silent for many years on the abuses in the sector, it actively promoted some of those abusive practices to landlords and agents over the last ten years.

In what appears to be a recent behind closed doors agreement we are told that as part of LEASE’s new role they will look to advise civil servants which issues of law that are in need of review. We are also told that LEASE has already claimed credit for the work behind the call for evidence on the regulation of managing agents.

LKP’s view is that LEASE became institutionally compromised many years ago. Despite now claiming to be “wholly on the side of the leaseholder” they were strangely ambivalent on the question of what should happen to ground rents in the recent govenment consultation. They were also inaccurate in their submission to the government consultation for improving the rights of Recognised Tenants Associations. Prior to this, they had claimed not to be able to comment on many issues. Despite this stance they lobbing the government in 2008 to not bring forward the regulations under s152-156 of the CLRA that would have helped to protect leaseholder funds.

“Whilst we acknowledge the substantial work carried out, the further consultation within the sector and the ingenuity of the solutions produced we have major reservations as to whether these proposals will significantly achieve the Government’s original intent.”

“We strongly recommend that S156 is not commenced”

Having lawyers express a view on an accounting matter is never a great idea. Having a government-funded body supposedly there to support leaseholders which seems to have so actively lobby against them and yet constantly backed by officials seems wrong.

Leaseholders are apathetic, apart from the Dad’s Army figures running RTMs and RMCs, says the sector