Donate
You are here: Home / News / Taylor Wimpey’s Pete Redfern tells FT ‘we got it wrong on ground rents’ 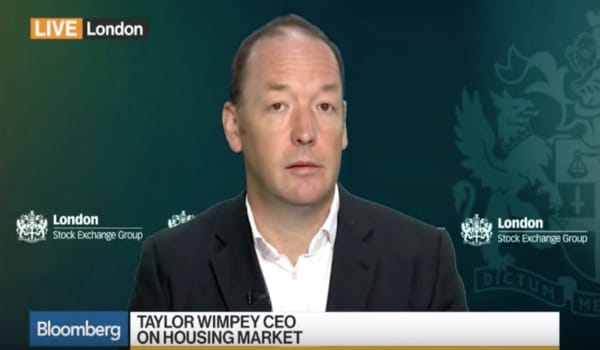 Pete Redfern, the chief executive of Taylor Wimpey, this week told the Financial Times that his company “got it wrong” on leaseholds.

The newspaper reports that between 2007 and 2011, Taylor Wimpey sold properties with onerous leasehold terms, including ground rents that doubled every 10 years. The terms had the effect of preventing homeowners from selling on their leases or remortgaging.

Last week, the Competition and Markets Authority, the UK’s competition watchdog, launched an investigation into the potential mis-selling of leases by developers and freeholders.

The government’s Help to Buy scheme has fuelled the recent weakness in the UK’s housing market, according to the chief of one of the country’s largest housebuilders. The scheme’s introduction in 2013 “brought forward price growth significantly”, said Pete Redfern, chief executive of Taylor Wimpey.

LKP and the All Party Parliamentary Group under Sir Peter Bottomley successfully managed to bring the issue to public prominence in October 2016.

Just £25.5m of that had been paid out by the end of last year, according to figures seen by the FT.

This is an increase on the £11.5m that LKP identified as having been dispensed by July 2018.

In his interview with the FT, Mr Redfern also said that Help To Buy has contributed to a cooling of property prices.

“If you make it easier for people to buy something, you have an impact on pricing, unless that thing is unconstrained, which is clearly not true of housing,” said Mr Redfern.

Despite the policy being linked to strong pre-tax profits for Taylor Wimpey, Mr Redfern claimed that he was “by no means an unadulterated fan” of Help To Buy.

The state-backed housing scheme that came into effect in 2013 gives homebuyers the ability to move onto the housing ladder with cash deposits of just 5 per cent of a new-build property’s value. This is facilitated by the government offer of an equity loan of 20 per cent or 40 per cent in London, which comes interest-free for the first five years.

Since the introduction of Help To Buy, almost £12bn has been lent to buyers and 210,964 properties have been purchased through it, according to official figures. From 2021, it will only be available to first-time buyers, and will be phased out completely in 2023.

Critics say Help To Buy has been poorly targeted and was a major driver in controversies surrounding poor build quality, the spread of unfair leasehold contracts, and the mushrooming of boardroom pay of the big developers.

From 2021, the long-awaited ban on leasehold houses will also be applied to the flagship housing initiative.

Thanks to LKP’s exasperated intervention, commonhold properties will also be available to purchase with Help To Buy.

For God’s sake! Now it emerges £8.3 billion Help To Buy scheme – that turned house builder executives into multi-millionaires – is not available on commonhold properties!

LKP has also backed calls to require new-build apartments to be sold as commonhold or share of freehold under Help To Buy 2021. The proposed reform could complement government’s stated ambition to “reinvigorate” commonhold tenure, which seems to be part of a wider effort to move away from vulnerable leasehold tenancies.

Dear Pete Redfern … Taylor Wimpey cheated us: what are you doing about it?

Have young buyers woken up to the great leasehold hoax? Looks like it …
Next Post: Tory MP Eddie Hughes moves private member’s bill to cap existing ground rents at £250