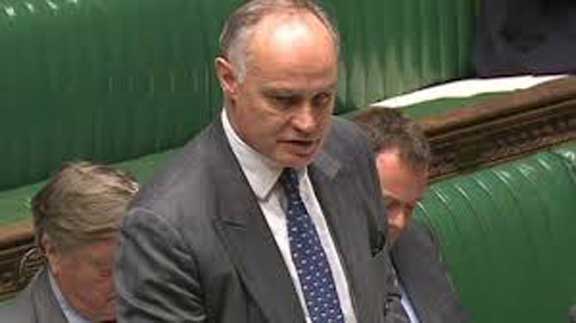 A fulsome denunciation of the present rip-off leasehold system has been made in the starkest Corbynista terms … by Tory MP Crispin Blunt, who represents leafy Reigate, in non-leasehold Surrey.

“Present-day “onerous ground rents” are, more likely than not, the resultant of unconscionable conduct carried out by one sector of society who have superior information flow (developers, freeholders’ funds, financiers, solicitors) at the expense of an unsuspecting and more naive part of society (consumer homebuyers).”

He adds that leasehold title property ownership is possesses “structural disadvantages to the consumer homeowner that can be avoided by legislative reform”.

Failure to legislate that all new properties be subject to commonhold ownership “has resulted in a collective social cost”, says Mr Blunt.

Bringing it in would also help small and medium sized developers.

His comments form part of the consultation on “Tackling unfair practices in the leasehold market” and were made in September.

They are more remarkable because Mr Blunt does not represent an urban constituency and is not a member of the All Party Parliamentary Group on leasehold and commonhold reform.

The full letter is reproduced here, but here are a few highlights:

“The Commonhold and Leasehold Reform Act 2002 introduced commonhold ownership and should have put an end to the problems many homeowners faced but, because this was not made mandatory by law, developers have continued with the practice of creating title instruments using the feudal system of freehold and leasehold.

“It is known that the dominant reason for developers wishing to maintain status quo of the feudal system is because there is an economic arbitrage opportunity that can be exploited by splitting a piece of land into the multiple land interest.

“Failure to legislate that all new properties be subject to commonhold ownership has resulted in a collective social cost.

“For example, increased number of leasehold disputes going through the tribunal system, as well as emotional stress and economic cost to individual homeowners who regard their dwelling as shelter for themselves and their families.

“Profit making businesses such as housing developers cannot be expected to wish to freely and voluntarily disclose their own “monetization maximization” model.

“But given the prolific growth and activity of splitting the same land into two or more property types it is self-evident the parts are economically greater than the sum.

“The arcane feudal system that remains in existence in England and Wales (unlike in Scotland where the Scottish Parliament passed the Abolition of Feudal Tenure (Scotland) Act in 2000) is conducive to the developers maximizing the land value to the financial detriment of the consumer.

“If developers justify their play on freehold and leasehold titles as serving to plug a credit cap for otherwise would-be unaffordable houses for the average consumer, then there’s no reason why the developers should not abide by the same suite of regulation that befalls all other credit providers.

“I advocated there should not be any ground rent as property title should be either freehold or commonhold in the future.

“Titles to people’s home is demonstrative of their ownership to their home that is to serve as a physical shelter and emotional safe haven for the family. Shelter and security is a fundamental need.

“In the long run the government, by ridding the property market of the possibility of monetising and financially structuring a financial payout profile using feudal tenures, the larger developers who traditionally have been successful in capturing greater capital and liquidity will have less of a funding advantage than small and medium house builders.

“The switch to commonhold title would not only result in a fairer distribution of land wealth amongst each class of society, but it will also level the playing field for smaller housebuilders.

“Present-day “onerous ground rents” are, more likely than not, the resultant of unconscionable conduct carried out by one sector of society who have superior information flow (developers, freeholders’ funds, financiers, solicitors) at the expense of an unsuspecting and more naive part of society (consumer homebuyers).

“This relationship is not equal.

“Government can support existing leaseholders with onerous ground rents by passing legislation to unwind and nullify those payment obligations.”

The letter can be read in full here: CrispinBluntLetter