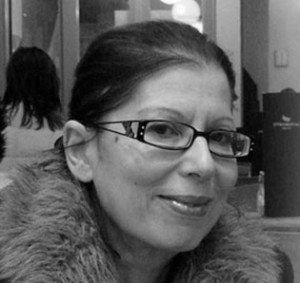 Shula Rich (left), a long standing leasehold activist, writes to LKP to argue that ARMA membership is not an indicator of higher quality management.

“If managing agents aren’t ARMA Q compliant that does not mean they’re not as good as those who’ve passed,” says Ms Rich, who runs the Brighton and Hove District Leaseholders Association.

“It is not a quality standard, but a procedure standard to make sure that members stick to set procedures.

“But they can still be predatory and bullying within those procedures.”

Ms Rich makes her observations as ARMA grapples with the consequences of its ARMA-Q initiative, which came into force on January 1.

Membership has plummeted as a result of the ARMA-Q qualifying criteria and there may well only be just over 100 formal ARMA members at present. Before ARMA-Q came into force there were around 320.

This week LKP reported that ARMA insiders believe the membership will fall by at least 20 per cent, and possibly a good deal more. 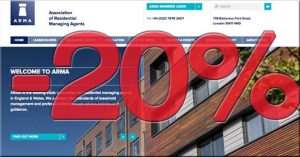 Some companies – such as Countrywide, the second largest management company – have walked out.

Many others are still having their applications considered.

The administration of ARMA-Q, which was three years in preparation, appears to have been shambolic.

For the moment, ARMA is in the farcical position of refusing to state who is a member of the organisation.

At some point, it will presumably make an announcement to a perhaps rather indifferent world.

“The improved procedures are a benefit,” says Ms Rich. “But it won’t necessarily result in a change of culture in particular companies.

“As a trade association with a subscription then if we choose a member over a non member this encourages agents to join – so more funds for ARMA and more business.

“ARMA-Q isn’t recognised by government and it doesn’t embody a higher standard than the Law.

“What it does do is require its Agents to have procedures laid down for doing things:

“ARMA-Q makes sense, but all the above is normal practice for any efficient business.

“It helps managing agents be more consistent in their procedures and also to de-skill procedures so that that the less well trained can look at the procedure manual.

“But ARMA-Q doesn’t mean that members are better. It may just mean they’ve been coaxed out of more money by ARMA than those who’ve not signed up.”