… why are these appeals taking so long? 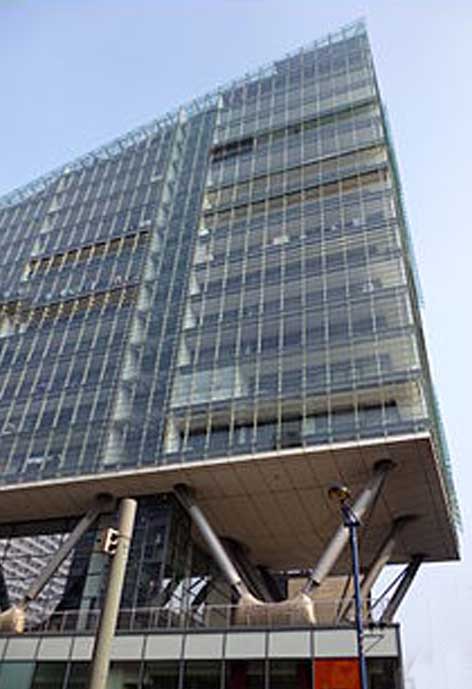 Another success for Justin Bates: he has managed to delay No. 1 Deansgate – central Manchester’s most fancy residential address – from achieving right to manage for nearly two years.

Residents – who include footballers Ryan Giggs and Phil Neville, Corrie star Helen Worth and Take That singer Jason Orange – have spent £30-40,000 fighting the RTM action.

They finally won on November 22 after the Upper Tribunal (Lands Chamber) threw out Bates’s objections.

Provided the freeholder, TRW Pensions, does not fight on to the Court of Appeal, the 82-flat building will achieve right to manage in 90 days.

“We are just so pleased that this is all over,” says Steve Birkbeck, for the residents. “It has taken us three years and hours of work to fight these people. The delay to hear this appeal is just scandalous.”

No.1 Deansgate is run for the pension fund by CBRE Global Investors, which decided, after careful consideration, to appoint itself in the form of CBRE Asset Management as managing agent.

The residents were furious with what they saw as bad and expensive management and they won back more than £100,000 in service charges after a string of complaints that went to LVT. The site is currently managed by Living City, which is considered an improvement.

On this occasion, Justin Bates sought to block right to manage on the grounds that the building did not qualify as a self-contained building as it was attached to the one next door by some weather boarding.

This had been put up to prevent old cans and leaves from accumulating between the two buildings.

To dispute this point, the residents had to appoint their own barrister, Martin Dray, at £8,000 plus VAT.

When the LVT originally granted right to manage it refused the freeholder leave to appeal, but this was granted by the former president of the Upper Tribunal, George Bartlett, who noted that there “was a realistic prospect of success and the issue was important”.

A good deal of argument ensued between the lawyers as to whether a clothes line or a piece of bunting between the two buildings would have up-ended the right to manage.

Doubtless the legal profession had a great deal of fun at everyone else’s expense, and the full ruling on this utterly pointless litigation is below.

When the residents finally obtain their right to manage – which was given to them by Parliament in the Commonhold and Leasehold Reform Act of 2002 supposedly as a no-fault, simple process – they will appoint Block Property Management, under Mark Habib, to manage the site.

“No.1 Deansgate has some of the most expensive places to live in central Manchester,” said Birkbeck. “But I live on the first floor in a flat that cost £250,000.

“Most of us are just ordinary people with jobs in the city. We should never have been hit for ridiculously high service charges.

“And what does are experience tell people about the process of obtaining right to manage?”

The full ruling can be read here:

Corrie and footie stars may face £100,000 bill in epic battle to win right to manage at No.1 Deansgate