Donate
You are here: Home / HomeSlider / Barrister Justin Bates fails to block right to manage on the grounds that leaseholders’ company name did not include ‘RTM’ in the title 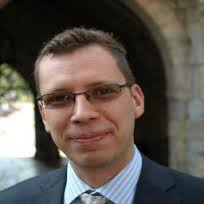 A few weeks ago freeholders’ barrister Justin Bates was back from holidays and raring to put the boot in the courts. But he has just fallen flat on his face.

The recent decision of the Upper Tribunal (Lands Chamber) in Fairhold Mercury Ltd (Fairhold), part of the Tchenguiz Family Trust, and HQ (BLOCK 1) Action Management Company Ltd rightly places the focus where it belongs – on a purposive approach to the legislation from which the right to manage is derived.

The full ruling is here

The appellant landlord, Fairhold, was represented by freeholders’ friend and master tactician Justin Bates, whose stratagems in the courts against pensioners have been described as “legal torture” in the Commons by Sir Peter Bottomley. More on Bates in LKP here  and on Campaign against retirement leasehold exploitation here.

Bates, himself always good at posing rhetorical questions, answers such a question:

The subtlety of the issue is not lost on lawyers, especially leasehold experts who act for landlords in sometimes seemingly desperate attempts to frustrate leaseholders’ right to manage.

In this case it was remarked that Fairhold “… manages and insures… and collects service charges from the long lessees … and is very keen to continue to carry out those functions for as long as it can”. Sounds familiar.

The leaseholders of a block of flats in St Helens successfully obtained a decision before the LVT granting right to manage.

That decision was made in February 2012 and appealed by Fairhold.

The sole issue in the appeal by the landlord was that because the leaseholders’ right to manage company did not have the letters “RTM” as part of its name it is unable to exercise the rights of an RTM company.

Matters of interpretation, which this case involved, are what freedholders’ lawyers thrive on and here Bates was convinced that he could persuade the Upper Tribunal that the letters “RTM” were critical and must be included in the company’s title or the right to manage claim could not succeed.

Bates’ submissions first centred on the defined expressions that are found in the Commonhold and Leasehold Reform Act 2002 and in the regulations made under that Act.

He sought to exploit the fact that the  model Articles of Association of the company prescribed by the regulations (made in 2009) had not been followed – by the omission of “RTM” in its title – a fatal flaw in his submission, but the Upper Tribunal agreed with the LVT which was “untroubled by the omission of ‘RTM’ from the [leaseholder company] name and had no hesitation in rejecting [Fairhold’s] argument”.

Rejecting Bates’ submissions, the Deputy President of the Upper Tribunal (Lands Chamber) Martin Rodger QC said that the regulations made some six years after the 2002 Act could not be taken into account as an aide to its interpretation.

A company will be an RTM company if it satisfies the requirements of section 73(2) of the 2002 Act (which the company in this case did) and is not excluded by any of the provisions of sections 73(3)-(5).

Because [the leaseholder company]  is in essence an RTM company and because Regulation 2(2) provides that the prescribed articles are to have effect whether or not they are adopted, Bates found his submissions were not accepted, nor  was there any justification for Bates’ suggestion that there is an overarching rule of public policy on the naming of companies such that should deprive a company which satisfies the requirements of section 73(2) of its RTM status.

Importantly, and in any event, the Upper Tribunal declared that it does not follow because a statute or regulation prescribe that a certain procedure “shall” be adopted, a failure to adopt that procedure will be fatal to the validity of the steps permitted by the statute.

Before dismissing the appeal the Deputy President said that he took it to have been Parliament’s intention that the incorporation of the letters “RTM” in the name of a company which otherwise satisfies the requirements of section 73 of the 2002 Act was not to be fatal to the company’s status.

The tribunal was scathing that the appeal had been allowed on such “flimsy” grounds, delaying right to manage by 18 months:

I would add a brief comment on the grant of permission to appeal in this case. Permission was granted by the LVT on 26 March 2012, and it has taken almost 18 months for the appeal to be concluded and dismissed. The effect of the appeal has therefore been to delay the date on which the respondent is able to take up the right to manage to which the LVT found it was entitled, and to prolong the appellant’s management of the Premises for the same period. No criticism can be directed at the appellant for applying for permission to appeal and pursuing the appeal once permission had been granted; it was entitled to do both. Nonetheless, it is unfortunate that the important and valuable right conferred by the 2002 Act has been kept in abeyance for so long on such relatively flimsy grounds.

Barrister Justin Bates delays ANOTHER right to manage by nearly two years. Corrie and Man United stars among the ‘victims’