Donate
You are here: Home / News / BBCR4 You and Yours full programme dedicated to leasehold 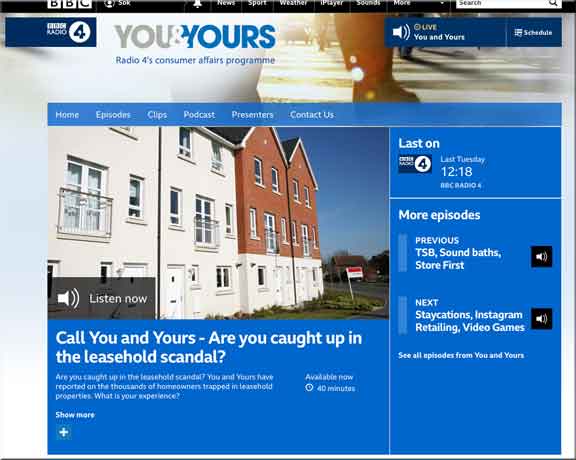