Donate
You are here: Home / News / Brokenshire to meet house builders and freehold investors … but no leaseholders 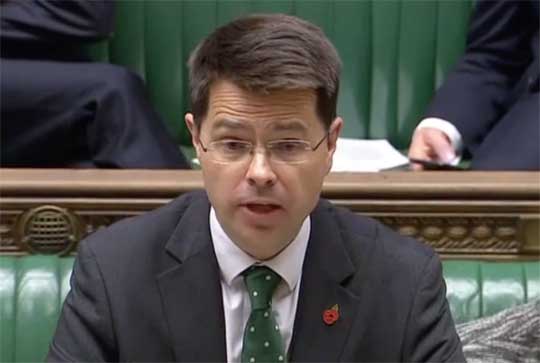 James Brokenshire is to meet house builders and freehold investors  on Thursday … but not with the Leasehold Knowledge Partnership or any other leaseholder body, as Sir Peter Bottomley has recommended.

One person he won’t be meeting is Persimmon ex-chief executive Jeff Fairburn, who got the push yesterday over outrage about his gargantuan pay bonus – paid for by taxpayers fuelling the share price through its Help To Buy scheme.

So far as leaseholders in unsellable homes – many of them Persimmon’s – Help To Rent would be a more accurate term, as the Communities Select Committee heard on Monday:

Persimmon boss asked to leave amid ongoing outrage over bonus

James Brokenshire told the Commons yesterday:“Unfair leasehold practices have no place in a modern housing market, and neither do excessive ground rents that exploit consumers. I will be making clear to developers at a roundtable meeting later this week the need for the industry to provide greater support to existing leaseholders.”

“I am conscious of some of the bad practices in the leasehold market, which is why I will be meeting the industry later this week to underline the need for redress and for solutions to be offered to people who have in some cases been mis-sold.

“I certainly take this seriously. I have also written to the Competition and Markets Authority and to the Solicitors Regulatory Authority, in the knowledge that there are serious questions about some of the practices involved, in order to ensure that we are taking action on a number of fronts in response to the challenges.

Sir Peter Bottomley said: “The House will be grateful to the Secretary of State for saying that he is going to commit to doing all he can for residential leaseholders on existing leases, which are abusive. It is still not too late for the Competition and Markets Authority to declare some of those leases to be so unfair as to be unenforceable.

“I hope that, in time, the Secretary of State will meet representatives of the industry, along with the Leasehold Knowledge Partnership and the Leaseholder Association —and perhaps the Chairman of the Select Committee, which is having hearings this afternoon—and that the campaigners and the industry will all meet together so that the Secretary of State is not hearing one thing in one ear and another thing in the other. We have to represent the leaseholders.”

Marie Rimmer MP: how can a modest Taylor Wimpey leasehold house in St Helens pay out £185,850 to freehold investors over 60 years?

Dear Jeffrey Fairburn … Can I buy the freehold to a Persimmon house before you sell it to anonymous investors, please?

Will CMA investigation at last give cheated leaseholders the chance to sue plc house builders?