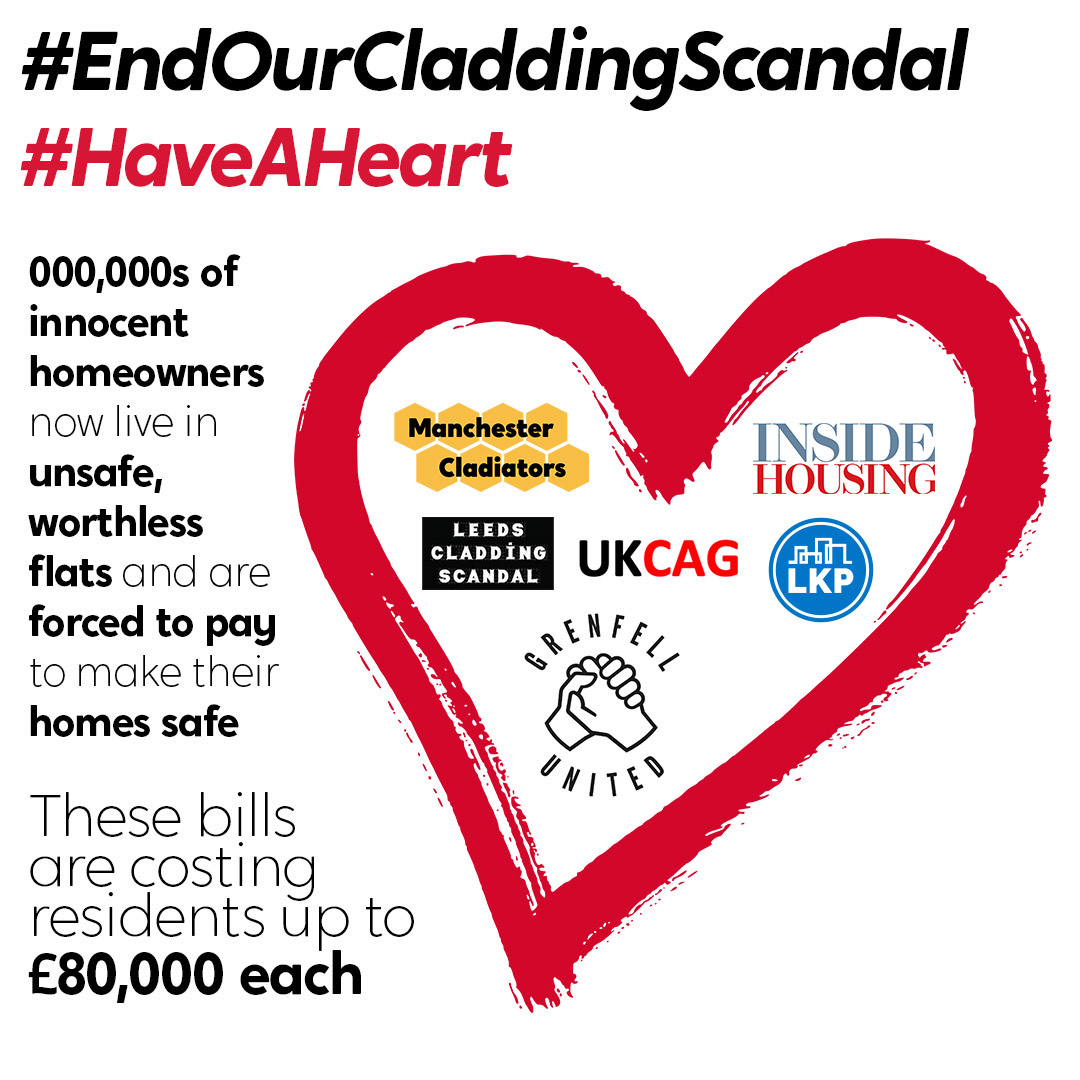 For Valentine’s day the three main cladding groups have joined together with Grenfell United, InsideHousing and LKP to tweet #HaveAHeart to ask the government once again to help fix the cladding crisis.

The tragedy which cost the lives of so many of those who lived in Grenfell Tower now leaves hundreds of thousands of people trapped in homes that have dangerous cladding and which may take years to fix.

Yesterday saw the release of the latest government data. The news is far from good. In the month after the government’s ACM remediation fund was due to close, 89 applications had been made but just 5 have been approved, of which 4 have only reached pre-contract support approval.

In the private sector, just 25 of the 200 ACM blocks have been fully remediated by the developer, warranty provider or freeholder and work has not even begun in 143 blocks.

In the social sector, 69 out of the 155 ACM blocks have been fully remediated but work has yet to begin on 11 blocks.

17,000 households living in private blocks with dangerous cladding like Grenfell

Rebecca Long-Bailey asks Will Astor why Long Harbour is demanding £10,000 to vary toxic doubling ground rent leases
Next Post: 10 housing ministers in 10 years: All you need to know …