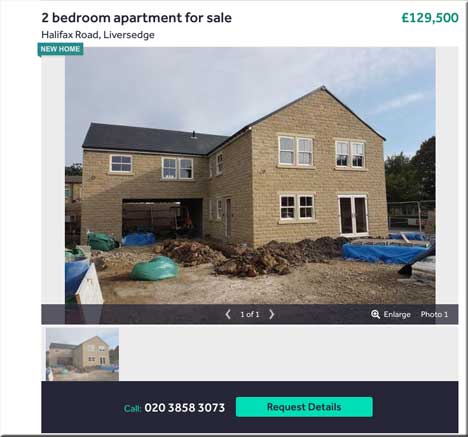 Five flats might not amount to a revolution, but it might be an indication of where market sentiment is heading.

If so, Stewart Moxon, founder of Hopton Build, is going to be well ahead of the curve.

He is selling five two-bedroom apartments at Liversedge, near Huddersfield, as commonhold units rather than leasehold.

And the reason he is doing so is because of his own unsatisfactory experiences as an investor in leasehold properties: so he is one of the 94% of dissatisfied leasehold owners who regret their decision to purchase, as identified in the National Association of Estate Agents report last week.

“We were involved a lengthy battle to regain control of a residents’ management company after paying too much on service charges. So when it came to selling these flats, we decided to sell them commonhold, which means the buyers have control of their costs and without having to pay annual ground rents and the other nonsense.”

The flats went on sale last week and already one has serious interest.

The unfamiliarity of commonhold is a concern, but Mr Moxon does not reckon it will impact on likely sales.

“Most of our likely buyers will be cash purchasers who are downsizing, for whatever reasons. So they will be older buyers who will understand the concept of commonhold.”

Some mortgage lenders won’t lend on commonhold, although the Leeds, Yorkshire and Nationwide building societies do do so. 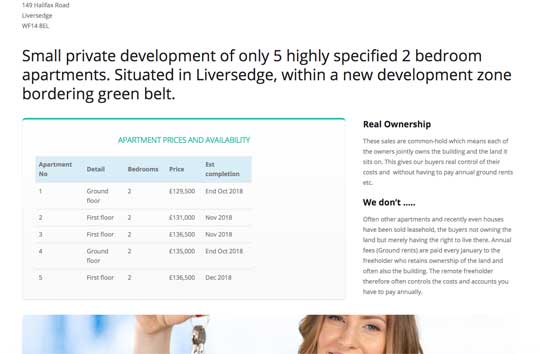 The commonhold site of Spire View, in Pickering also in Yorkshire, was organised with commonhold tenure by its New Zealand developer, who went bust along with many other small operators in 2008.

Ironically, it was repossessed by RBS which did not lend on commonhold tenure.

Given that so many mortgage lenders are wary of leasehold trickery – such as doubling ground rents from plc house builders such as Taylor Wimpey – Mr Moxon might find that commonhold is not an issue at all these days.

We wish him the best of luck and urge all other ethical house builders to follow suit.

For God’s sake! Now it emerges £8.3 billion Help To Buy scheme – that turned house builder executives into multi-millionaires – is not available on commonhold properties!