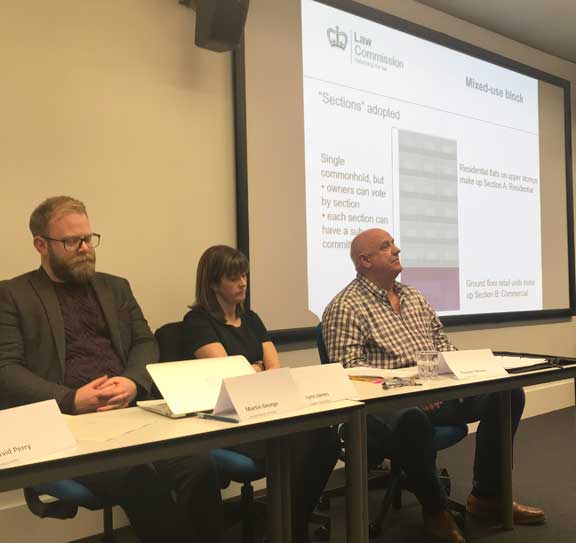 The housebuilder owner of Hopton Build who is completing a commonhold scheme in Yorkshire told the Law Commission last week that the tenure works and will benefit housebuilders.

Stewart Moxon, of Hopton Build, which is selling a site in Liversedge, near Huddersfield, said:

“Believe me, developers will do well out of commonhold. There is definitely a price premium on commonhold. I just don’t think there is one at the moment because the market doesn’t really understand the tenure.

“Consumer homebuyers will demand commonhold and developers are going to have to respond to that.”

Mr Moxon, a former leaseholder, stressed the importance of having no monetising third-party landlord controlling service charges and buildings’ insurance.

He described commonhold as empowering home ownership, compared with depreciating leases and a lack of control of service charges associated with leasehold tenancies.

“It was no surprise that those who seemed to represent the freeholder interests in the room were less than enthusiastic about commonhold. Hardly surprising given that commonhold has no need for freehold investors.”

The as-yet secret code of practice for freeholders – supposedly aimed at bringing self-regulation to the sector – was again referenced in the meeting.

It was first mooted by the House Builders’ Federation in 2017, but has so far failed to see the light of day.

It is curious to know how this code  of practice applies to beneficial owners of freeholds who choose to hide their ownership behind nominee directors or even own the assets offshore.

In terms of the two conversion options suggested by the Law Commission, there was near universal support for the higher 80% support threshold for a site to turn itself into a commonhold one.

The alternative would see leasehold tenancies held by non-participating leaseholders co-exist with commonhold until they were sold, upon which they would be converted to commonhold property.

“I would be OK with the 80% level. But only if there was a properly convened meeting. Absentee leaseholders must be allowed to nominate a proxy or send in a postal vote.”

Encouraged by the interest in his Liversedge development, Mr Moxon plans to continue with commonhold title. He says he is thinking about crowd-funding part of his next scheme.

Despite some administrative difficulties at the Land Registry, Hopton Build has been able to issue a certificate of residency to an eager buyer who was expected to move into their commonhold property on Friday. LKP celebrates this milestone.

48 hours to go: LKP advice on responding to the Law Commission consultation on commonhold