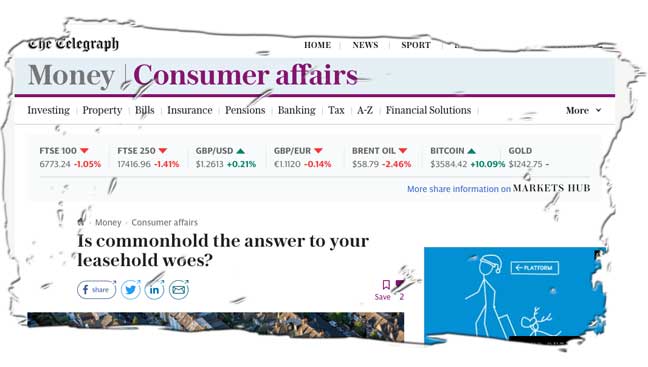 Commonhold is slowly working its way into the national consciousness – 16 years after being introduced to the statute book.

Last Friday, Sam Barker in the Daily Telegraph reported the Law Commission’s study of the tenure.

Commonhold exists almost all jurisdictions apart from England and Wales, where flats and over a million houses are held as long-term tenancies.

Is commonhold the answer to your leasehold woes?

An unusual type of property ownership called commonhold edged closer to the mainstream this week, but experts say it needs huge changes to be viable for most. This week the Law Commission, which overhauls laws, proposed reforms that could kickstart the popularity of commonhold.

“However, the leasehold system is open to abuse, with more than 100,000 homes containing unfair conditions in their leases, according to Nationwide, the building society.”

Commonhold would be preferable, but“only six of the top thirty lenders are even prepared to consider extending mortgages to these homes”. 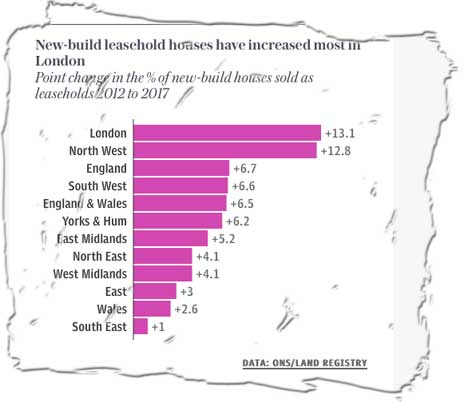 The government discourages commonhold as well, by barring it from eligibility to the Help To Buy scheme.

This was reported by LKP after developer Stewart Moxon, of Hopton Build, was told there would be no Help To Buy on commonhold flats that he is building near Huddersfield.

This was raised in the Commons by Sir Peter Bottomley on December 10:

“The Law Commission is doing a very serious job at looking at these problems in leasehold and we are very impressed by them.”

A HOME is the most expensive purchase most people will ever make. Not only is it a roof over their heads, it is somewhere they turn into a home, start families, and create a lifetime of memories.

Officials fail to stop LKP publishing legal opinions on flawed reform of Recognised Tenants’ Associations (RTAs)
Next Post: Tribunal to rule on whether West India Quay leaseholders are subbing the energy costs of the hotel below