Retirement exit fees may get the chop, at last! 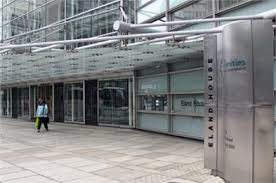 The new DCLG leasehold team, with whom Campaign against retirement leasehold exploitation / LKP has been working closely, yesterday announced a range of measures in addition to “Florrie’s Law” (see LKP) and acceptance that the leasehold sector is far larger than was previously thought.

They include referring exit fees in retirement leasehold to the Law Commission.

As the Office of Fair Trading already declared these to be a “likely” unfair contract term and made a not-very-useful deal with the Tchenguiz freehold companies on limiting their impact, it is highly likely that these monetising clauses will be history.

Exit fees are an unjustifiable extra earner for freeholders. They were pioneered by retirement housebuild McCarthy and Stone – and copied by everyone else – to bump up the value of freeholds that were then sold on to monetising enthusiasts.

McCarthy and Stone dropped the exit frees at its own freeholds in late 2008 (or January 2009, according to Campaign against retirement leasehold exploitation) when the OFT announced its investigation into the charges.

They have been dropped as an extra earner by all the main retirement housing builders, but are widely in existence throughout every level of the sector.

The Tchenguiz freehold company went to the expense of deploying a London barrister – who tried in vain to get the case bumped up to a superior court where he would get his costs.

All the legal documents involved are available via Campaign against retirement leasehold exploitation for any family wishing to challenge this fee.

The issue of exit fees heading to the Law Commission was one of a number of important announcements yesterday.

These included an acceptance by DCLG that the size of the leasehold sector is 63 per cent larger than officials (and assorted trade bodies and LEASE) seemed to think.

There are now officially “an estimated 4 million residential properties in England subject to a long lease”.

Then came Eric Pickles’ intervention with Florrie’s Law, which limits repair bills to £15,000 for council leaseholders (£10,000 outside London).

Councils will also have to will also be required to make clear what help is available, including loans and deferred payment options, will have to offer affordable repayment terms and publish details of how they award contracts for the major works on their websites.

“But with an estimated 4 million residential properties in England subject to a long lease, Mr Pickles has also asked officials in his department to examine what further support can be offered to other leaseholders,” says the DCLG.

Already, plans are in place to require managing agents to belong to an ombudsman redress scheme “so leaseholders have somewhere to go if they get a raw deal”. (LKP / Campaign against retirement leasehold exploitation says any issue above £1,000 should be taken to the Land Tribunal.)

But ministers will also look to address:

This is a vitally important point. LKP has taken up the issue of the Land Tribunal’s very inadequate bureaucracy with Judge Siobhan McGrath, its president.

Land Tribunal rulings are difficult to find. In haphazard fashion they appear on the Ministry of Justice website and on that of the Leasehold Advisory Service, which was considering a charge for the service.

A paid-for database is available via the property managers / freeholders’ trade journal News on the Block (which has commercial ties with LEASE through monetising conferences for professionals).

The DCLG is also examining ways to make it easier for leaseholders to get recognition of a tenants’ association.

This will be good news to the residents of fancy West India Quay in London’s Docklands.

Last April their freeholder Yianis group deployed a £74,560 legal onslaught, headed by a QC, to crush the initiative.

In addition, there was a threat of libel proceedings the evening before the tribunal case to the residents’ leader TV producer Jane Hewland – about which nothing subsequently was heard.

The residents were represented for free by LKP / Campaign against retirement leasehold exploitation, which feels strongly on this issue, and they won the case. More here

The DCLG says there should be more awareness of what being a leaseholder means before people buy leasehold properties.

LKP / Campaign against retirement leasehold exploitation fully endorses this, although the sector likes to pretend that disputes concerning all sorts of highly complicated and sometimes dubious revenue streams would be prevented if only residents read their leases.

Civil servants have noticed that if freeholders are prepared to blow £74,560 to prevent a recognised residents’ association – a very minor matter in most circumstances – then mugging up on the lease before purchase is not a panacea for all.

The DCLG staff say that residents should more easily gain information on absentee leaseholders, especially where owners wish to buy the freehold.

This is vital for leaseholders trying to organise right to manage, and every effort is made by some freeholders to prevent and frustrate leaseholders from organising collectively.

Finally, the DCLG want to ensure freeholders provide a realistic valuation of the price a leaseholder would have to pay to buy the freehold or extend their lease. Excellent.

The full DCLG announcements can be read here

DCLG shakes up leasehold team … but what about Southam, LEASE and the Mundy case, asks Bottomley